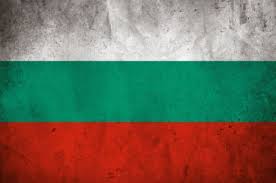 Check Regal Poker for Latest Poker News, tips and more .
Latin America represents one of the largest gambling markets in the world. The fact that much of that market is unregulated has not gone unnoticed by governments who are eager to capitalize on the lucrative revenues generated by the activity.
Mexico is an example in point that has not kept up with laws regarding gambling in today’s virtual world. Mexican Gaming Commission President Fernando Zarate Salgado, has announced that a new set of rules for gambling in Mexico will be introduced in the Mexican House of Representatives on September 9. The government believes that it will be officially approved no later than Sept. 20, according to Miguel Angel Ochoa Sanchez, President of the Association of Licensees, Operators and Suppliers of Gaming and Entertainment in Mexico (AIEJA).
Regal Poker is the best online poker game website, visit us and check out our promotions.
Mexican online poker laws are certainly due for an upgrade. That’s because there really aren’t any laws to speak of at the moment; the existing laws governing gambling in the nation were written in 1947, and were never changed to reflect the fact that gambling now takes place in the virtual world just as frequently as in brick-and-mortar casinos.
According to the AIEJA President, the reform is going to receive a unanimous vote from the Mexican Parliament as it is generally believed that it will help make the industry much more stable and transparent than it is today.
During the interview, Ochoa Sanchez stressed the importance of a quick adoption of the reform, as he thinks that everything should be in place before Mexico’s general elections in 2015 in order to avoid further delays.
“It’s a very ambitious project,” Ochoa Sanchez said referring to the changes that the reform should bring to the current system in place.
According to industry rumors, the new gambling reform is expected to raise the minimum age to play in brick-and-mortar casinos to 21, offer operators a system of 10-year long licenses, regulate online gambling, and establish a new Advisory Council composed of the secretaries of Health, Tourism, Economics and Government, as well as non-governmental organizations.
Commenting on the reform, the President of the Commission of Gaming in the Chamber of Deputies Fernando Zarate Salgado stated that “the new law is going to put some order in the gambling world by regulating it and by fixing some issues we have now.”
Although Zarate Salgado admitted that the bill that will be introduced to the Parliament on Sept. 9 may be modified before its official approval, he believes that it will be voted on by “99 percent of Mexico’s deputies.”
The new legislation could also be of interest to many American poker players. After the shutdown of three major poker sites in the country on Black Friday, many professional players relocated to Mexico, Canada and other nations to continue playing online.
Get all the latest PokerNews updates on your social media outlets. Follow us on Twitter and find us on both Facebook and Google+!

The Importance of Rake Back