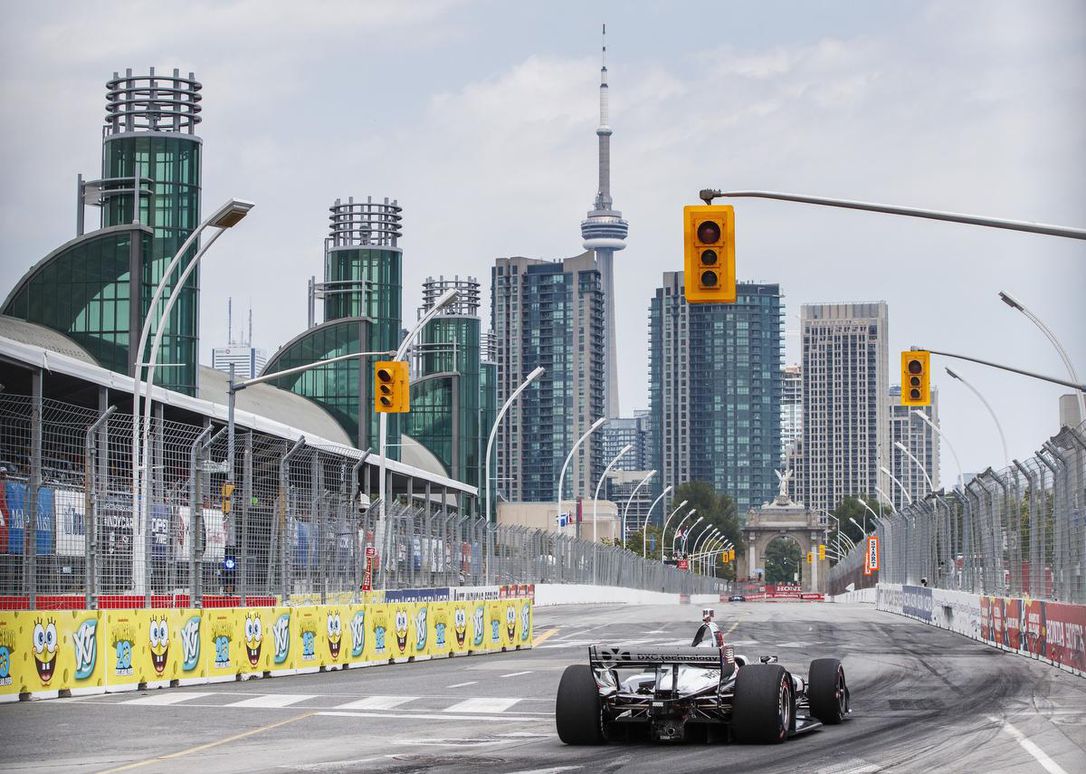 The Honda Indy Toronto has been cancelled due to the COVID-19 pandemic.

The statement comes nearly a week after race promoters said last Friday that the event would not be run on its original planned dates of July 10-12.

That decision came after the city announced it was cancelling permits for major events and festivals for July and August because of the pandemic. Promoters said at the time they were looking to find a new date for the race, but announced Thursday that IndyCar has removed the race altogether from its 2020 schedule.

“We are extremely disappointed, and will miss the incredible fans who have supported us, but the safety of fans, participants, volunteers, staff, partners, and media will always remain our top priority,” race organizer Green Savoree saidn in a statement.

The lone race in Canada on the IndyCar circuit, the Honda Indy Toronto has been an annual event running through the Exhibition grounds since 1986.

The event has not been on the annual calendar only once since begining — in 2008 following the reunification of Champ Car and the Indy Racing League.

It was called the Steelback Grand Prix of Toronto when the Molson sponsorship ended in 2007 and then was renamed the Honda Indy upon its return in 2009.

Toronto’s Paul Tracy is the lone Canadian to have won the race, taking the checkered flag in 1993 and 2003.

The Honda Indy Toronto wasn’t the only auto race in Canada to be affected by COVID-19.

Canadian Tire Motorsport Park announced the Mobil 1 SportsCar Grand Prix, arranged for July 2-5 in Bowmanville, Ont., has been cancelled. The Canadian Grand Prix Formula One race in Montreal already had announced it would not run on its scheduled June dates.

The IndyCar schedule, following changes because of COVID-19, is now slated to start June 6 with the Genesys 300 at Texas Motor Speedway and conclude Oct. 25 at the Grand Prix of St. Petersburg in Florida.