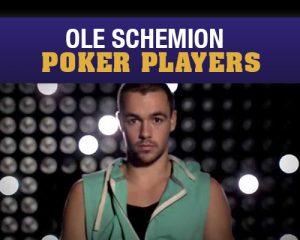 Ole Schemion (born 12 September 1992) is a German professional poker player from Berlin, Germany. Schemion primarily plays in Europe and has yet to cash in a WSOP event.
In 2011, Schemion won his first tournament at the age of 19 in EPT Berlin. He has since won over 10 titles including the European Poker Tour Sanremo High Roller for $366,124 His largest cash winning was the 2016 € 98,000 + 2,000 No Limit Hold’em – Super High Roller #16 in Monaco.
He was ranked 1st in the Global Poker Index with 4083.21 points in January 2015. Schemion was the highest ranked player in open events for both 2013 and 2014.[As of 2016, his total live tournament winnings exceed $11,000,000, putting him 1st on the Germany All Time Money List; top 55 overall.
He’s had multiple success in online MTTs under the alias wizowizo. Many poker enthusiasts and fellow professionals consider him as one of the best in the modern tournament game.
If you want to learn more about poker, don’t forget to visit our How to play section!
Schemion, who plays online under the username “wizowizo”, currently resides in Vienna, Austria – a neighboring country of Germany. In his fourth year active in the world circuit, he has become an expert on Super High Roller (SHR) events. He has reached the final table on several of the main high roller tournaments in the world, including the PCA (2013 and 2014 – both High Roller and SHR in the latter), EPT Barcelona (2013 – HR and SHR), EPT Monaco (2014), EPT Prague (2014) and the Aussie Millions (2015).
The German has won ten EPT events, as well as tournaments like the Aria $100k Super High Roller, the Master Classics of Poker and even the Lebanese Poker Tour. It’s hard to analyze what led him to the tremendous success he’s had on the tour. After all, I can’t compare him to anyone else. His accomplishments initially shocked the poker industry, but now are simply reflections of his knowledge, skill and hard work.
Ready for start winning at poker? Bet NOW!