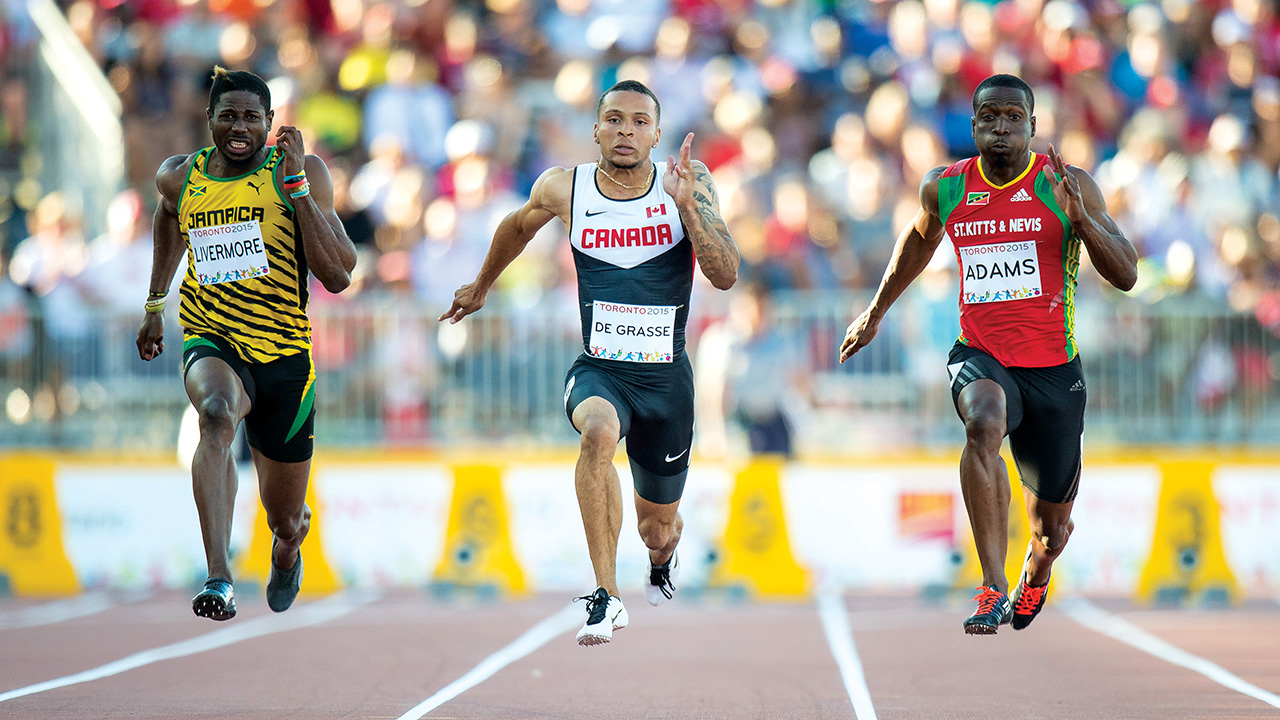 Neighbours lined the streets leading to Andre De Grasse’s house in Jacksonville, Fla., their lawns adorned with signs of congratulations.

They clapped and waved as Canada’s sprint star returned home from Tokyo after adding another three Olympic medals to his collection.

De Grasse stated he was touched by the homecoming surprise, organized by his partner Nia Ali.

“I don’t know how she got all that together,” De Grasse said. “The kids had balloons and drawings and gifts. It was pretty cool to come home to.”

The 26-year-old from Markham, Ont., became Canada’s most decorated male Olympian in history in Tokyo, adding gold in the 200 metres, and bronze in the 100m and 4x100m relay to the three medals he captured in 2016 in Rio.

But there was no time to put his feet up and reflect on another great Games. De Grasse’s season isn’t done. He’ll race Saturday at the Prefontaine Classic Diamond League meet in Eugene, Ore., in a stacked 100-metre field that includes Tokyo silver medalist Fred Kerley.

There are four more Diamond League meets in Europe, including the final in Zurich on Sept. 8 and 9, which contribute points for world rankings, and prize money.

De Grasse said getting motivated to race post-Tokyo will be easy.

“Right now there’s less pressure, I can go out and get some races in, and make some appearances, keep my rankings up high for next year,” he said.

Immediately after his 200m triumph in Tokyo, De Grasse said he’d love an Olympic 100m title. Known for his strong finishes, the Canadian was last out of the blocks en route to finishing third in a personal best 9.89 in Tokyo.

‘I also have time to grow, I’m still young’

His coach, Rana Reider, told him with a better start gold is definitely within reach.

“We’re going to try to work on it some more. It’s gotten better, every year it’s improving. It might not look like that on camera, but it’s slowing getting better from previous years,” De Grasse said. “And I feel like I also have time to grow, I’m still young and I feel like I have more time to adjust it.”

De Grasse had kind words for Reider, who he jokes is part-coach-part-guru. De Grasse and Ali, the reigning world 100m hurdles champion, have worked with Reider in Florida the past two seasons. “He’s really a track nerd,” De Grasse said. “He lives and breathes track. That’s his whole life. I feel like I’m always telling him, ‘Find something else to do!’ But he just loves it