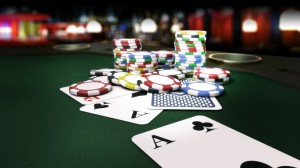 Check Regal Poker for Latest Poker News, poker strategy tips and more.
(pokernews.com)- Last weekend, Lead Pro Blake Bohn captured his second Mid-States Poker Tour (MSPT) title when he topped a field of 410 entrants to win the MSPT Meskwaki in Tama, Iowa for $101,229. Not only did Bohn vault to the top of the Season 6 Player of the Year leaderboard, he also became just the fourth player to win multiple MSPT titles.
At Regal Poker you will find the best articles about how to play poker, visit us and check out our promotions we offer you the best online poker games.
Bohn’s first title came in August of 2014 when he won the MSPT Grand Falls in Sioux Falls, South Dakota (technically the casino is just across the border in Larchwood, Iowa) for $54,607. As fate would have it, the tour is slated to return to that stop next month from August 8-16, with a $150,000 guaranteed $1,100 buy-in Main Event scheduled for Friday, August 14 through Sunday, August 16.
“Blake Bohn has been on fire lately,” boasted MSPT owner and operator Bryan Mileski. “Fresh off a23rd-place finish in the 2015 World Series of Poker Main Event, he ended up taking down the MSPT Meskwaki. Now we’ll get the opportunity to see if he can not only defend his MSPT Grand Falls title, but also go back to back. It should be an exciting stop.”
The Main Event will be held over three days beginning Friday with Day 1a at 4 p.m. Day 1a will play 14 levels. Saturday’s Day 1b will also start at 4 p.m. and also play 14 levels. Players who advance from Day 1a are not eligible to play in Day 1b. The remaining players from each flight will combine on Sunday morning at 10:30 a.m. and play until a champion is crowned.
Don’t miss our special articles about Texas Hold’em and blackjack, become the best player that you can be! Get all the latest PokerNews updates on your social media outlets. Follow us on Twitter and find us on both Facebook and Google+!