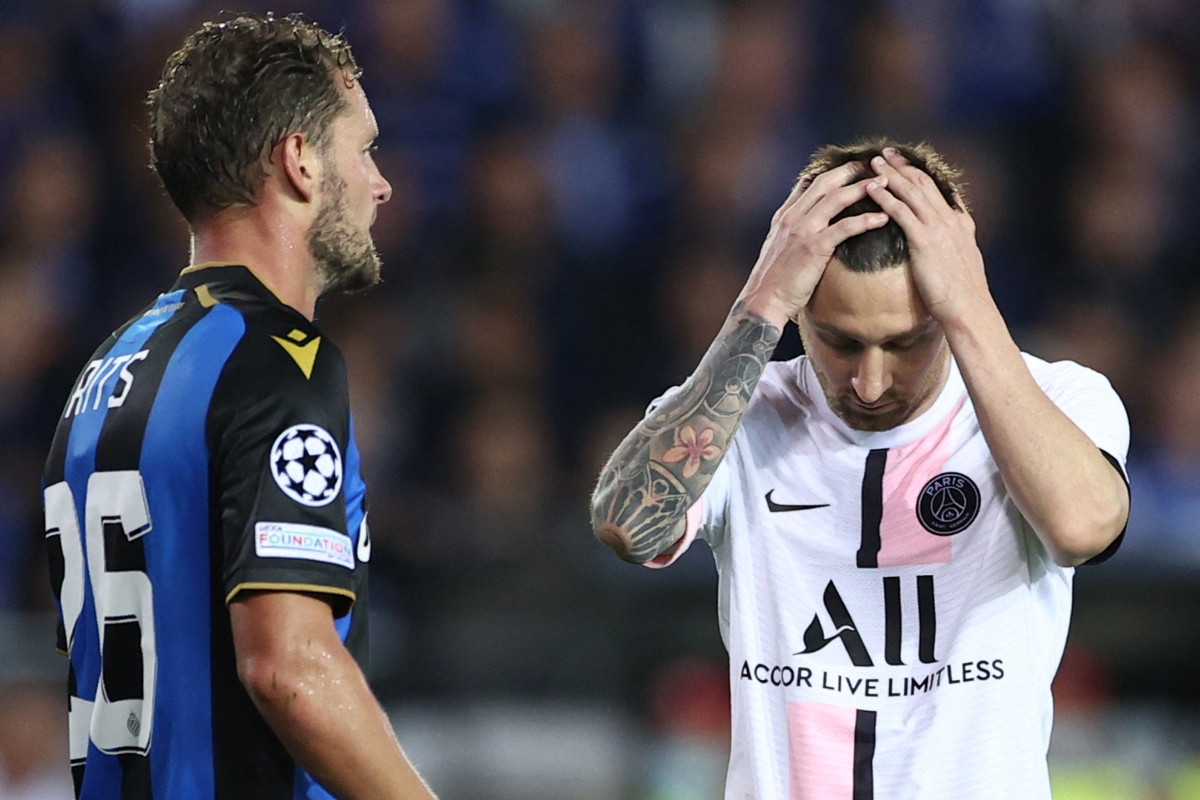 Star-studded Paris Saint-Germain were held to a surprising 1-1 draw by Club Brugge on Wednesday night in Group A in Flanders.

Lionel Messi made his first start for PSG, lining up alongside former Barcelona teammate Neymar and Kylian Mbappe in the XI for the first time since joining from the Catalan giants in the summer.

Despite a long list of high-profile arrivals in Paris, it was Ander Herrera that opened the scoring in the 15th minute for the visiting side, reaching behind him to lash home a left-footed shot after Mbappe picked him out in the middle of the penalty area.

“We didn’t play a fantastic game, but to be fair we did enough to win, we deserved to win,” stated Herrera.

“Maybe they had opportunities at the beginning of the second half but I think we controlled the match, we had a lot of chances.”

Brugge hit back before the half-hour when Hans Vanaken powered a first time shot past Keylor Navas from Eduard Sobol’s inch-perfect cross into the centre of the box to put the match back on level terms.

Mauricio Pochettino’s side found themselves under pressure from the Belgian champions after the leveler, but they managed to get into the dressing room for half-time in a 1-1 draw.

Mbappe, who went to ground in the first half and came off briefly, then limped off the pitch early in the second after an awkward tangle with a pair of Brugge defenders and was replaced by Mauro Icardi.

Both sides pushed for a go-ahead goal as the second half wore on, and Messi had a great opportunity saved by Simon Mignolet around 70 minutes before the Argentine was shown yellow for a challenge on Brugge’s Mats Rits.

“I didn’t have a lot of work, I just pulled a couple of saves. We played as a compact side, it was the right approach,” the Belgian stated.

No winner came for either club and the teams settled for a point apiece to trail Manchester City, who thrashed RB Leipzig on Wednesday, in the group.

After the match, Pochettino urged patience with PSG’s new attacking trio: “It requires time for them to shine together.

“It requires work. I had made it clear that we’re not a team yet, we have to work for this.”