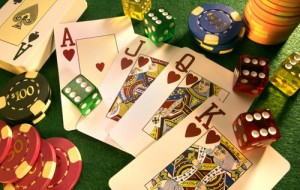 Check Regal Poker for Latest Poker News, poker strategy tips and more.
(pokernews.com)- It seems as though Matt Affleck is always coming ever so close to winning big poker tournaments, but that was not the case this week after Affleck took down the $2,500 Coco Poker Open Championship for $264,000 at Seminole Casino in Coconut Creek, Florida.
Prior to this victory, Affleck’s last live tournament win came nearly two years ago, when he took down the $1,090 Six-Max No-Limit Hold’em event in January 2014 at the World Poker Tour Borgata Winter Poker Open in Atlantic City. In between the two wins, Affleck had close calls of nine top-25 finishes in live events, including five top-10 results.
The Seattle native now boasts nearly $1.8 million in career live tournament earnings.
At Regal Poker you will find the best articles about how to play poker, visit us and check out our promotions we offer you the best online poker games.
Final Table Results

The event attracted 410 entries. With a guarantee of $1 million and $2,250 from each buy-in ending up in the prize pool, there was an overlay of $77,500 that allowed for some extra value for those participating. The top 45 places reached the money, with a min-cash resulting in a $5,000 payday.
When the final table had been reached, Affleck found himself amongst tough competition. He was the second shortest stack of the final nine, but quickly doubled up against James Brown with quads. With his new energy, Affleck worked his way up the ranks while watching Ioannis Patsourakis fall in ninth place and Andre Pillow hit the rail in eighth.
With seven players left, the group took a dinner break and Affleck was in the lead. Upon their return,Daniel Notice busted in seventh. Then, it was Brown hitting the rail in sixth place, and he went out to Affleck in a big way.
According to reports from the event, Brown opened to 90,000 on the button with the blinds at 20,000/40,000/5,000 in Level 26. Affleck reraised to 270,000 from the small blind, and then Brown moved all in for 1.3 million.
Don’t miss our special articles about Texas Hold’em and blackjack, become the best player that you can be! Get all the latest PokerNews updates on your social media outlets. Follow us on Twitter and find us on both Facebook and Google+!

How to Play Speed Hold’em?