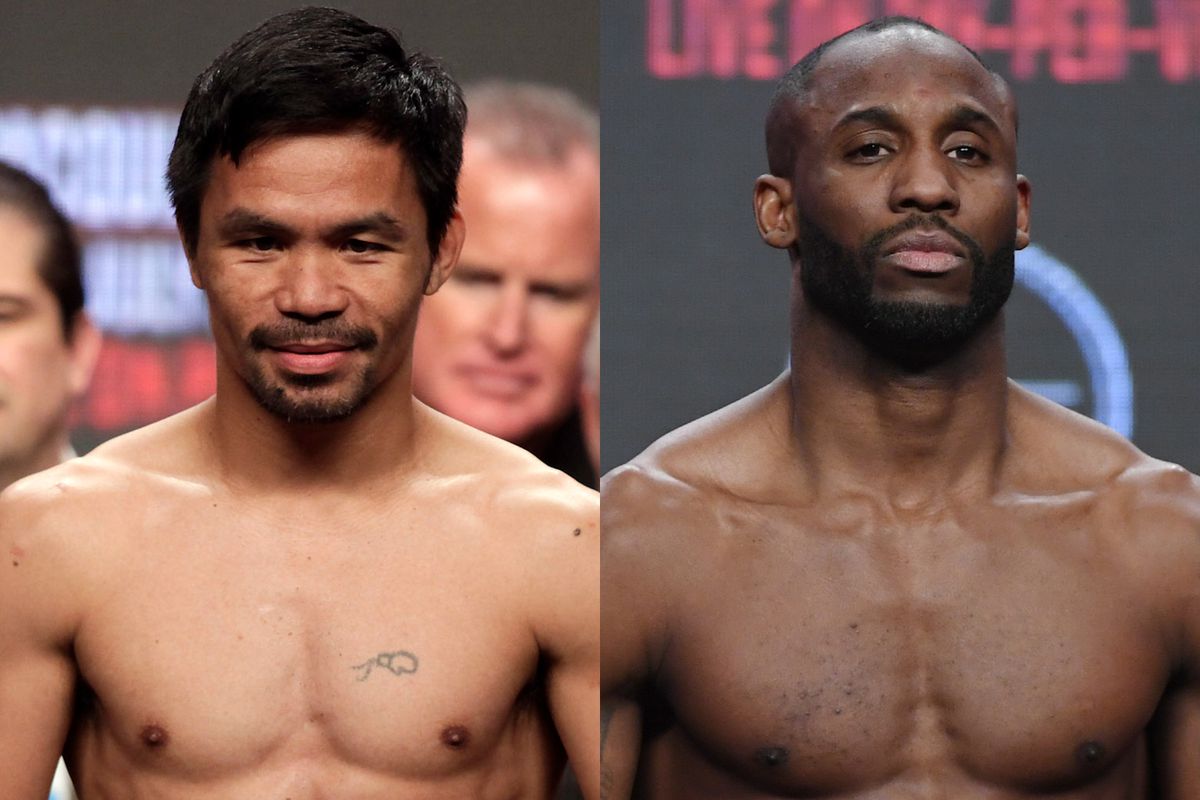 Manny Pacquiao will still challenge for a welterweight title on Aug. 21 in Las Vegas — it just won’t be versus Errol Spence Jr.

The Filipino senator will now face Cuba’s Yordenis Ugas after a retinal tear in Spence’s left eye was discovered during a pre-fight medical exam, PBC revealed Tuesday. The exam was conducted by the Nevada State Athletic Commission and took place Monday. Spence will undergo surgery Wednesday in Dallas.

Pacquiao was installed as a -300 favorite over Ugas by SuperBook at Westgate Las Vegas on Wednesday.

Ugas, ESPN’s No. 6 boxer at 147 pounds, was booked to defend his title versus Fabian Maidana in the PBC on Fox PPV chief-support bout. Maidana suffered an injury in sparring Monday and had already withdrawn from the Ugas fight, sources told ESPN. A fight will be added to the card to once again make it a four-bout pay-per-view telecast.

“I’m very disappointed that I won’t be able to fight Manny Pacquiao on Aug. 21,” said Spence, who holds two welterweight titles. “I was excited about the fight and the event. Unfortunately, the doctors found a tear in my left eye and said I needed to get surgery on it ASAP and that there was no way I could fight with my eye in that condition.”

Spence took to Twitter later Tuesday, writing that he had three doctors look at his eye and that all were positive about his recovery. He said he would be back to face the winner of Pacquiao-Ugas “for sure.”

“I came back from worse,” he wrote.

Worse indeed, as Spence (27-0, 21 KOs) was involved in a horrific one-car crash in October 2019 that resulted in a lengthy hospital stay.

Spence, ESPN’s No. 4 pound-for-pound boxer, returned one year later with a unanimous-decision triumph over Danny Garcia, setting up a career-defining fight with Pacquiao.

For Pacquiao, a victory over Ugas wouldn’t necessarily mean a fight with Spence would be next, however. He is preparing for a May presidential run in the Philippines, meaning his next fight could be his last.

The future Hall of Famer was attempting to score one of the best over-40 victories in boxing history versus Spence.

Pacquiao, 42, defeated Keith Thurman to win the WBA title in July 2019 but hasn’t fought since. During that hiatus, the WBA recognized Ugas as its champion, even rejecting a July petition from Pacquiao to be reinstated.

“The proper way — and the only way — to win a world title is inside the ring,” said Pacquiao, ESPN’s No. 3 welterweight. “… I ask everyone to join me in praying for a full and complete recovery for Errol Spence Jr. Thank God his physical examination discovered his eye condition before he suffered any further damage.”

Pacquiao (62-7-2, 39 KOs) knows about eye damage. He handed out a beating to Antonio Margarito in 2010, shattering his orbital bone along with inflicting a detached retina in his right eye.

The win grabbed Pacquiao a title in an eighth division, most in boxing history. More than 10 years later, Pacquiao is still on top. And now he’ll seek to become champion once more against another formidable foe.

Ugas, 35, won bronze for Cuba at the 2008 Olympic Games and in his only title shot, dropped a controversial decision to Shawn Porter in a 2019 title fight. Now, he prepares for a far bigger test, and an unexpected one at that.