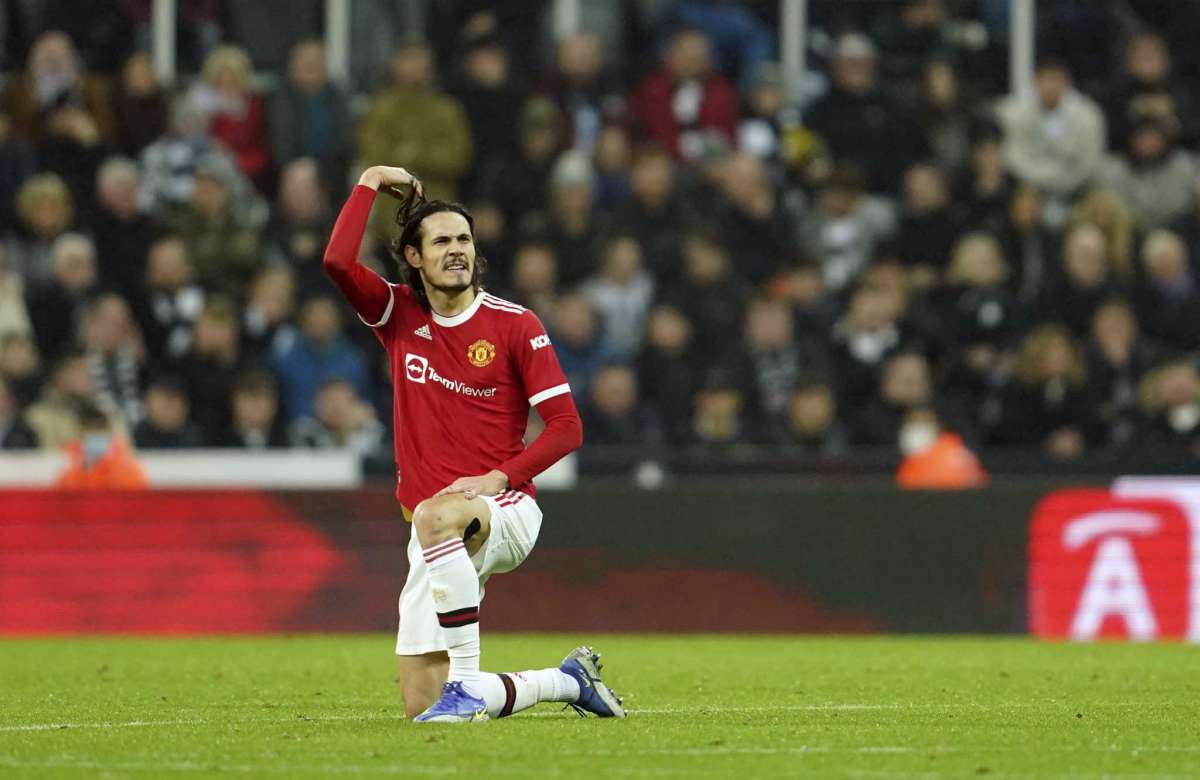 Edinson Cavani scored in the 71st minute to help Manchester United rally for a 1-1 draw with Newcastle United at St. James’ Park on Monday night.

Allan Saint-Maximin fired the hosts into an early lead with a fine individual effort, cutting to his right and toe-poking a knuckling shot inside David De Gea’s far post to make it 1-0.

Manchester United were playing for the first time in 16 days after having matches versus Brentford and Brighton postponed for COVID-related issues. And just before kickoff on Monday, Ralf Rangnick revealed that defender Victor Lindelof had tested positive for the virus.

“I didn’t like the performance at all,” Rangnick said after the match. “Today we didn’t control the game apart from a few moments. It’s all about energy, physicality and who wins the second balls. In all those areas we weren’t at our best.

“The good thing is we got a point but the performance needs to be better. You have to be ready and able to win those direct duels and this was not that often the case. When we were in possession we had too many giveaways and even with the goal, that doesn’t make things easy.”

Jonjo Shelvey’s lengthy run through midfield led to a fine shot from distance that was on target and forced a save from De Gea to preserve Man United’s one-goal deficit.

The visitors, who dominated possession, produced very little in the attack throughout the first half and Newcastle took their narrow lead into the dressing room at the break.

In an effort to jumpstart his attack, Man United boss Rangnick brought on Jadon Sancho and Cavani to substitute Fred and Mason Greenwood, respectively, at half-time.

Bruno Fernandes’ lovely low cross into the area perfectly set up Cavani near the penalty spot, but the Uruguayan fluffed his lines and dribbled a first time shot wide of the near post.

Newcastle looked dangerous on the break throughout the second half, with Saint-Maximin, Ryan Fraser and substitute Jacob Murphy all going close before 70 minutes.

The hosts’ misses proved costly when Cavani levelled for Man United with under 20 minutes to play, firing home his own rebound after a perfect cross in from the right flank from Diogo Dalot.

De Gea tipped a curling Miguel Almiron strike over the crossbar late in the second half to preserve the draw as both teams settled for a point on the night.

The result left the Old Trafford side seventh in the standings on 28 points from 17 games, behind sixth-placed West Ham on goal difference, while Newcastle stayed 19th on 11 points from 19 matches.