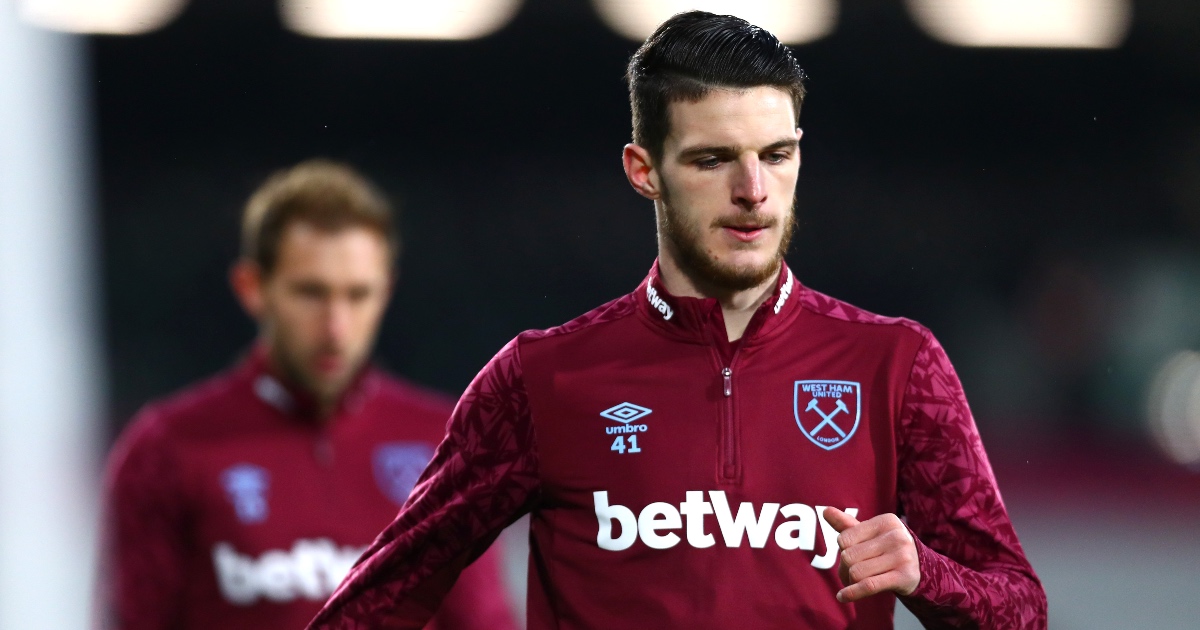 Manchester United remain keen on West Ham United’s Declan Rice despite deciding against investing in a midfielder this summer, sources have told ESPN.

Manager Ole Gunnar Solskjaer and executive vice-chairman Ed Woodward were aware of the clamour among supporters to sign a new midfielder during the transfer window, but sources have told ESPN that a winger and centre-back were identified as the club’s primary targets.

The summer budget was spent on winger Jadon Sancho and defender Raphael Varane, while a deal for forward Cristiano Ronaldo was financed with funds from outside the transfer pot.

Sources have told ESPN that a striker and a midfielder are on the list ahead of next summer with England international Rice among a number of options that will be narrowed down over the course of the next 12 months.

It is likely West Ham would have to lower their valuation of the 22-year-old — who is under contract until 2024 — which has stood at more than £80 million.

Rice played a key role for West Ham last season as David Moyes’ side concluded sixth in the Premier League and qualified for the Europa League, but sources have told ESPN that he is keen to play Champions League football.

Chelsea have also been linked with a move for the midfielder.

Meanwhile, United are hopeful Ronaldo will be able to make his second debut for the club when Newcastle United visit Old Trafford on Saturday.

Ronaldo is set to join training with Solskjaer’s squad on Wednesday after spending five days in isolation following his arrival in the UK from Portugal.

The 36-year-old, who has signed a two-year contract with the option of another year after leaving Juventus, has been training at home since landing at Manchester airport on Thursday evening. After facing Newcastle in the Premier League on Saturday, United starts their Champions League campaign with a trip to Young Boys on Tuesday.