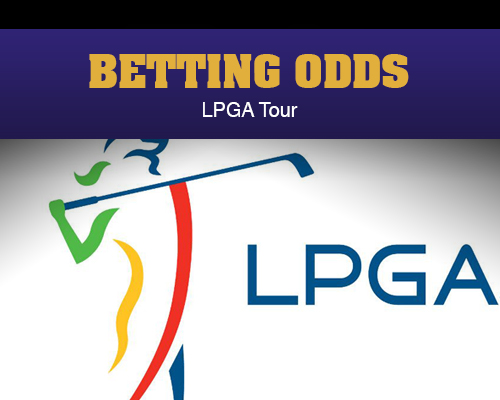 The 2017 Honda LPGA Tour begins its two-event Asian Swing with the 11th edition with Lexi Thompson back to defend her title after running away with a victory here in 2016. Thompson will be among the sports betting favorites to win this event for the second year in a row but she will have some tough competition led by Shanshan Feng, Ariya Jutanugarn and Ha Na Jang. Pattaya Old Course at the Siam Country Club will be the home of this week’s tour and the betting odds have been released with a limited field taking on each other.
The betting favorite this week is Shanshan Feng, who is off at 5-to-1 (+500) betting odds, while Ariya Jutanugarn is at 8-to-1 coming off a strong Sunday finish to get on the medal stand in the Women’s Australian Open.
In 2013, a then 17-year-old, Ariya Jutanugarn led the field heading into the final round of the Honda LPGA Thailand but could only capture a runner-up finish after a triple bogey on the 18th hole. Those dropped shots paved the way for an Inbee Park victory.
Jump to 2017 and the Rolex Rankings World No. 2 looks poised to avenge that difficult loss in front of her home crowd in Chonburi, Thailand. Jutanugarn fired a bogey-free opening round 66 and currently sits in a share of the lead with Amy Yang at 6-under par.
Jutanugarn was very happy with her play in round one despite having to deal with very warm temperatures.
A year ago it was Thompson who absolutely dominated when she recorded a pair of eight-under 64 rounds to take a four-stroke lead in to the final round and never gave it up. Thompson wound up winning by six strokes to secure her seventh career victory on the LPGA Tour.
Get all the latest Sports Betting updates on your social media outlets. Find us on Facebook!
But if you’re looking for someone to wager on this week, then we have three expert picks for you: our favorite, our sleeper and our longshot.
Favorite: Ariya Jutanugarn — She might not win everything, but her game travels everywhere. Hard not to like her each week.
Sleeper: Gerina Piller — Piller started well in the season opener in the Bahamas, and fellow power-playing American, Lexi Thompson, has done well here in the past. Good spot for a breakthrough win.
Longshot: Brittany Lang — Lang has racked up a bunch of middling finishes since winning the U.S. Women’s Open, but she’s got a modest record here and isn’t a bad look at 120-to-1.
There have been nine different winners in the last 10 years at this tournament and many of them have come out on top in absolute birdie fests including Thompson last year. Driving Accuracy will be important but the key stats to keep in mind remain Greens In Regulation as well as Putting. Whoever is the most consistent with their irons and putter this week will undoubtedly come out on top at the Honda LPGA Thailand.
Take part in the action on the LPGA tour and find the best betting odds at Betregal.com