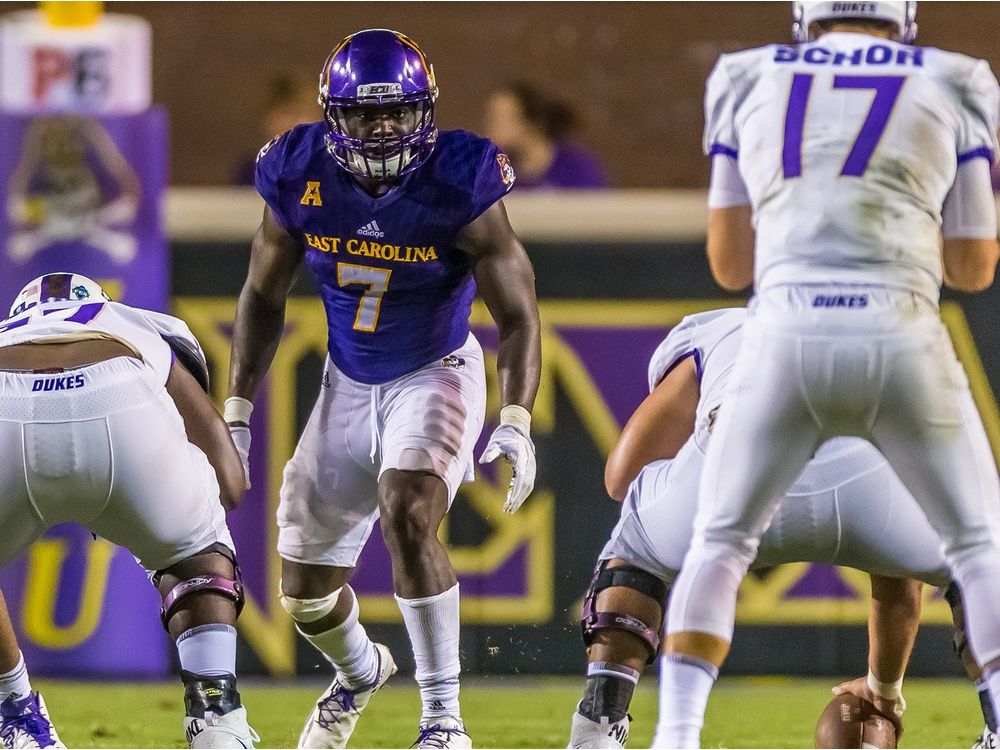 The B.C. Lions ensured Jordan Williams began his CFL tenure with a bang.

The Lions opened the CFL draft Thursday night by moving up from No. 3 to first overall in a trade with the Calgary Stampeders. Then B.C. made Williams the first player taken.

“I’m absolutely surprised,” Williams said during a conference call. “I thought the CFL is one through nine and that’s what you get.

“I didn’t think they’d pick me, I thought they’d get a defensive end or something. For them to take me, man, it’s surreal. I can’t even quantify how it feels.”

The five-foot-11, 219-pound Williams hasn’t played football since 2017 when he finished second in tackles at East Carolina with 89 — including three for a loss — with a forced fumble.

The 27-year-old is an American by birth but was deemed a national for the draft because his mother is Canadian.

“I think once I know the rust’s off, I’ll be locked and loaded and ready to go,” Williams said.

Last year, the Ottawa Redblacks offered Williams a practice-roster spot after he attended one of the club’s free-agent camps. But upon learning of his mother’s nationality, the club recommended Williams investigate taking that path into the league.

Williams shined at last month’s Ontario combine, the CFL’s final due to the novel coronavirus outbreak. He recorded a 40-yard dash time of 4.48 seconds, 20 reps in the 225-pound bench press, 39-inch vertical jump and broad jump of 10 feet, 8.5 inches.

B.C. (5-13) finished last in the West Division last season. Head coach DeVone Claybrooks was fired and replaced by Rick Campbell after he stepped down from that post with the Ottawa Redblacks.

IndyCar to open May with virtual IMS race