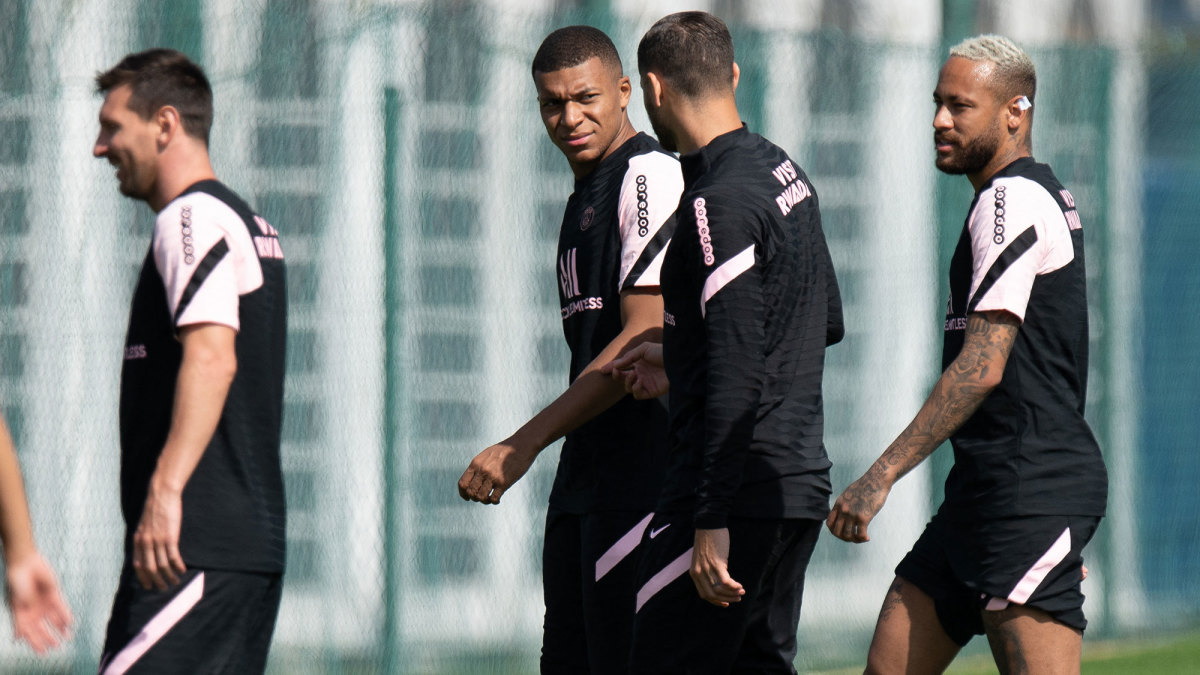 Lionel Messi will not make his Paris Saint-Germain debut on Friday versus Brest, sources have told ESPN’s Julien Laurens, and instead will aim for next week’s match against Reims.

The 34-year-old Messi is yet to feature for the French giants after joining them from Barcelona earlier this month, although he was presented to the fans ahead of PSG’s 4-2 home triumph over Strasbourg on Saturday.

Speaking at a news conference on Thursday, PSG manager Mauricio Pochettino had remained tight-lipped on whether the six-times Ballon d’Or winner would finally make his debut.

However, it now appears it will be another week before Messi officially plays for PSG.

“Everything is positive. There is a good atmosphere in the squad and [Messi] has settled in well and quickly. There is a very good feeling,” Pochettino said.

Messi had not trained for a month after steering Argentina to the Copa America title with a 1-0 win over rivals Brazil in the final.

Having won 10 LaLiga and four Champions League titles during his 17-year career at Barcelona, Messi left them on a free transfer after the Catalan club’s president Joan Laporta stated they could no longer afford to keep him.

Pochettino also suggested speculation that Kylian Mbappe might leave the club in the current transfer window amounted to nothing, with the France World Cup winner a target for Real Madrid, according to media reports.

“Mbappe is our player and I want him to be here this season,” said Pochettino.

“He has another year left on his contract. Even if he doesn’t renew it, he is still a PSG player and we are very pleased with him and from what I can understand, he is pleased with us.

“He is very calm and preparing well for tomorrow’s game.”

PSG can provisionally go three points clear at the top of the table if they defeat Brest to make it three wins out of three at the start of their campaign to wrestle the league title back from last season’s champions Lille. They are currently third on six points, behind leaders Angers and promoted Clermont Foot on goal difference.