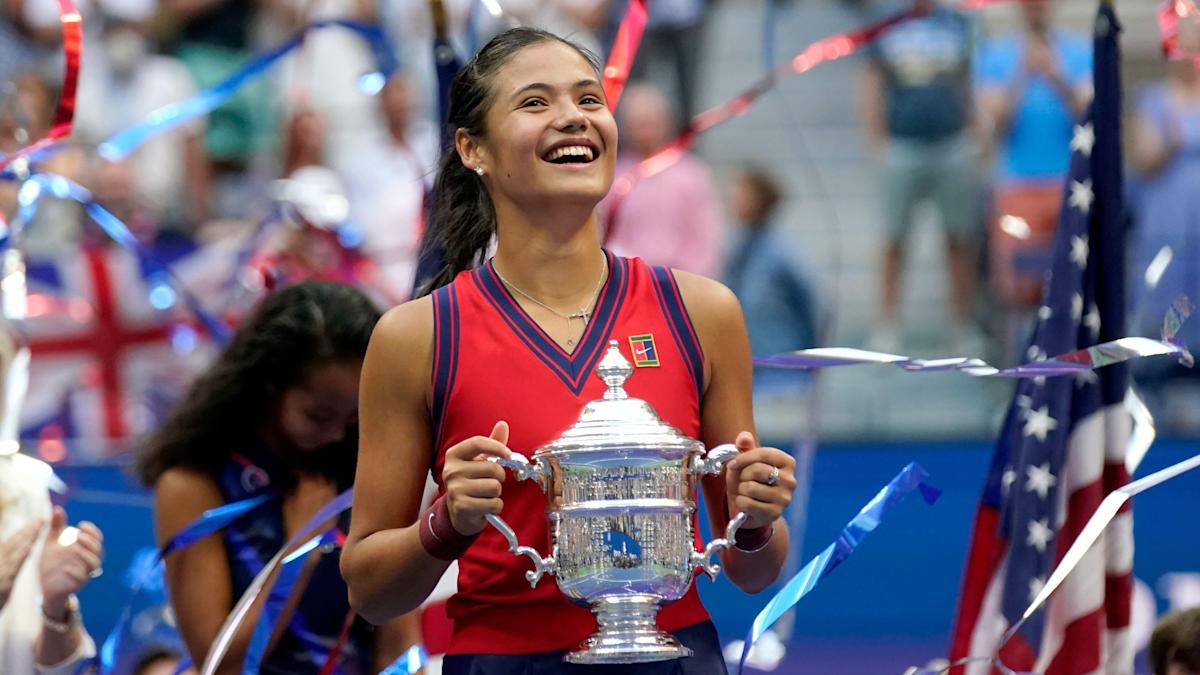 Denied the US Open championship trophy, Leylah Fernandez decided to make off with the spotlight instead.

Evidently exhausted, her face both beaming and wet with tears, the 19-year-old Fernandez — bested in Saturday’s women’s final in consecutive sets, 6-4, 6-3, by an even younger British tennis darling — refused to say goodbye to Flushing Meadows.

Rather: until next time.

“I want to be back here next year,” Fernandez told the fans at Arthur Ashe Stadium, basking in their sustained affection, before she hoisted the runner-up’s ubiquitous silver platter, that perennial symbol of second place.

And then, as if the New York crowd didn’t love her enough, Fernandez acknowledged the awkward timing of Saturday’s championship match, coming as it did on the 20th anniversary of the Sept. 11 terrorist attacks.

“Thank you for having my back, thank you for cheering me on,” she said. “I hope I can be as strong and resilient as New York has been the last 20 years.”

What might have been a fairy-tale finish for a new Canadian tennis star was instead a coming-out party for a British one:

Emma Raducanu, 18, a qualifier who made it through to the end without dropping a single set, taking home the hardware and a US $2.25-million cheque for her trouble.

For Fernandez, what had been a amazing run to the final ended in disappointment, as well as a measure of controversy.

She seemed to struggle with her serve throughout the afternoon, managing to land only 56 per cent of her first serves and double-faulting five times, often at the most critical moments.

“Unfortunately, today I just made one too many mistakes, and I think Emma noticed it and she took advantage of it,” Fernandez said.

“I’m still disappointed; I think this loss, I’m going to carry it for a very long time, and I think it will motivate me to do better training and be better for the next opportunity I get.”

But as she’s done throughout the tournament, just when it began to look like she was flagging, an acrobatic backhand or blistering down-the-line forehand would find a corner of the court just outside Raducanu’s reach.