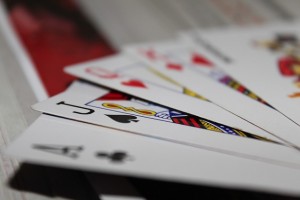 Check Regal Poker for Latest Poker News, poker strategy tips and more.
(pokernews.com) – History is about to be made in the United Kingdom, as the Aspers Casino Westfield Stratford Cityin London will be hosting the country’s first-ever Cash Game Festival. Complete with 120 hours of non-stop ring-game action, the event will run from March 30 to April 3, 2016.
The PokerNews Live Reporting team will be covering the festival with player interviews and recaps of some of the most exciting action. Aspers Casino Westfield Stratford City Head of Poker John Scanlon shared with us some of what players can expect when attending the festival.
Scanlon explained that the festival came to fruition after just a quick conversation with the owner of the Cash Games Festival brand, Martin “Franke” von Zweigbergk, following the success of the festival in Tallinn, Estonia, at the Olympic Casino late last year.
Learn everything that you need to know about how to play poker, and become a professional in Blackjack and Texas Hold’em
“Martin ‘Franke’ von Zweigbergk, the owner of Poker Icons and the Cash Games Festival brand, reached out to me following some recommendations and we had a quick 10-minute chat,” shared Scanlon. “We both liked the direction of where we wanted to take things, so we made a partnership.”
While many of the players will be flocking to Aspers from the United Kingdom to take part in this historic festival, Scanlon is expecting others to join in on the exciting action from many other European countries, too.
“We are expecting 70 to 100 Scandinavian and Estonian players to be coming over,” commented Scanlon. “We have had some requests from Poland, Germany, and France as well.”
The Cash Game Festival isn’t designed to attract professional players, but rather poker enthusiasts that love an action-packed, fun environment.
“The concept isn’t to attract many professional players,” stated Scanlon. “We are actually aiming to attract people that play higher stakes cash games that aren’t professionals. We have a lot of businessmen coming over where they just want to play in an environment to have some fun.”
That being said, the festival will be featuring many lower stakes games as well, and, for the first time, the casino will be hosting six-plus hold’em.
“The games being offered will start at £1/£1 all the way up to £10/£25,” commented Scanlon when asked about the spread. “I don’t think the games will be bigger than that as £10/£25 is already a big game. There will also be six-plus hold’em for the first time with conjunction with iPoker.”
Don’t miss our special articles about Texas Hold’em and blackjack, become the best player that you can be! Get all the latest PokerNews updates on your social media outlets. Follow us on Twitter and find us on both Facebook and Google+!

How To Play Poker – Omaha Poker Hands To Avoid