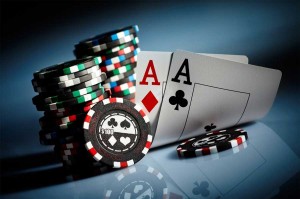 Check Regal Poker for Latest Poker News, tips and more.
The 2014 PMU.fr World Poker Tour National Paris took place a few days ago. Poker pro Laurent Polito won the tournament, defeating Carlo Savinelli in an extremely short heads-up play. The winner was awarded the amount of €140,000 of the entire prize pool.
The Frenchman is a WPT National Series master. In 2013, he took down the WPT National Series event in Paris for $97,313, then earlier this year he won the WPT National Series event in Cannes for $117,106. His most recent success was his second Parisian triumph in three years, and his third WPT title to date.
The 2014 PMU.fr World Poker Tour National Paris attracted 682 players. Of those, only 14 returned for the fourth and final day of the tournament.
Regal Poker is the Poker Online website, visit us and check out our promotions we offer you the best online poker bonus.
Polito wasn’t the only player to make the final table. The Italian Carlo Savinelli was coming off a year that saw him defeat 2,339 players to win $332,290 in the Italian Poker Open in Campione. Savinelli would add €94,000 to that haul after losing out to Polito in heads-up action.
The third player at the final table, with previous form, was Franck Kalfon. The Frenchman finished fifth at the European Poker Tour (EPT) Main Event in Deauville, back in 2013, and he took €22,500 in this one courtesy of a seventh place finish.
Faouzi Degachi was the first to be eliminated. He was then followed by Claudio Leonardi and Thierry Luksenberg. Guillaume Wilhelm defeated Mohamed El Bakkouri and sent him to eleventh place.
Tarek Bouchama was the next to go and his elimination marked the beginning of the final table and Nathalie Schaeffer was the first to leave, then, three more players were quickly eliminated. Omar Lakhdari’s cards just could not stand a chance against Franck Kalfon’s and he needed to leave, taking the eighth position.


Looking for best online poker game website? Follow us and check out our promotions we offer you  the best online poker bonus.
Yet, Kalfon was the next to leave. Taking the seventh position. Ouzilou followed him quite quickly. Savinelli then sent David Lascar to fifth place and Gama followed him. Thus, Guillaume Wilhelm, Carlo Savinelli, and Laurent Polito were the only remaining players. Wilhelm was quickly sent home by his opponents. During the heads-up play, a deal was discussed between the two remaining players.
After four days of gruelling poker Polito had finally done it. He led from Day 2 and played fantastic poker, barley putting a foot wrong, and was rewarded with €140,000 and an unbelievable third WPT National title.
Final Table Results