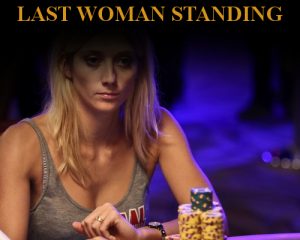 The honor of “last woman standing in the 2016 WSOP Main Event” presumably won’t mean much to Gaelle Baumann, having being there before in 2012, falling short of the November Nine by just one spot in 10th place.
The November Nine is the name used to refer to the final nine contestants, or final table, at the Main Event of the World Series of Poker (WSOP) since 2008. The winner of the WSOP Main Event is considered to be the World Champion of Poker.
This year, Baumann fell two days short of poker’s biggest final table, but the pain of walking down the long, empty Rio hallways was just as tough.
She was the first woman to be the overall chip leader in the World Series of Poker Main Event at the start of Day 3 in 2012, and the run that followed in 2012 ultimately resulted in one of the biggest heartbreaks in poker when she finished on the November Nine bubble. Now, four years later, Baumann was back. But again, she ultimately fell short, this time in 102nd place for $49,108.
Baumann started playing poker in 2007.  After making her mark as a cash-game player, she burst onto the tournament scene in 2012. Before her epic Main Event run, Baumann finished 15th in the WSOP Ladies Championship event, and ever since she’s been a fixture on the international poker tournament circuit. Baumann was seated at the ESPN feature table for the entirety of the day leading up to the dinner break, when she got moved to one of the outer tables.
Four years ago, Baumann made her first big run as a live tournament player, but a much bigger change drastically altered her outlook on life. In June of 2015, Baumann gave birth to her first child, and with her boyfriend on the rail and her little daughter sleeping the night away in a Las Vegas hotel room, babysat by her father, Baumann played her heart out.
“I’m a lot more focused than four years ago,” Baumann said. “Live tournaments were all new for me back then, and now that I have more experienced I feel a lot better, and less pressure. The feeling is better.”
With a potential run to the November Nine looming in the distance, we asked how long the feeling of missing out lingered when she finished 10th in 2012.
“When you bust, it’s of course a disappointment, when you get so close but after that you can’t complain about finishing 10th in the Main Event.”
Baumann had a very supportive rail during her run in 2016, but her extra motivation came from 13-month-old Léa, who’ll look back on the run her mom made at some point in her life with a lot of respect and appreciation.
“My life has changed a lot,” she said. “It didn’t change my play, but my life has changed completely. I’m not playing for the same reasons anymore, and obviously I’m getting less sleep.”
After the dinner break, Baumann’s table was moved away from the spotlights, but the change of scenery did not change the hands she was dealt. Baumann told that king-nine was the best hand she got dealt in five hours, and one double up aside she couldn’t get anything going.
Tears welled up in her eyes as Baumann walked down the long hallway that understandably felt even longer on this July night during which nothing went her way.

How To Be A Poker Pro