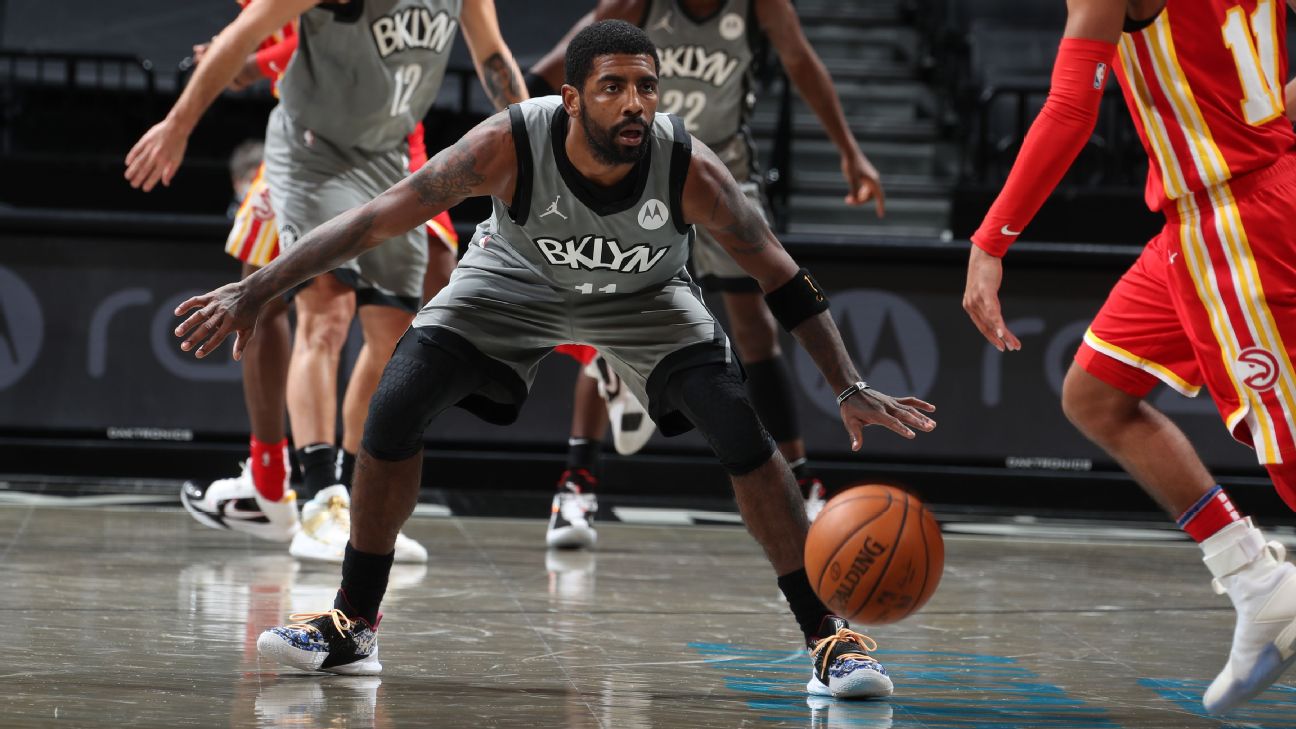 Kyrie Irving rejoined the Brooklyn Nets on Tuesday after two weeks away from the team.

“I’m back, I’m happy to be back,” Irving told reporters. “And we got some great pieces and we just move on and I let my actions and my game speak for itself like I planned on doing. Just needed a pause.”

Irving practiced with the team Tuesday and coach Steve Nash stated that he “expects” Irving will play on Wednesday versus the Cleveland Cavaliers. Irving had missed the team’s past seven games — five for personal reasons and two while conditioning.

Irving said that he “had a lot of family and personal stuff going on. So, just want to leave it at that.”

During the time away for personal reasons, the league fined Irving $50,000 for violating health and safety protocols and attending what appeared to be a family birthday party. He also lost more than $800,000 in salary for the two games he missed while in quarantine.

Irving declined to answer whether or not he knew he was violating the league’s coronavirus safety rules, saying, “Happy to be back. Thank you.”

The last game Irving played in for Brooklyn was on Jan. 5.

The next day, a mob of President Donald Trump’s supporters attacked the U.S. Capitol. Irving said on Tuesday that he has to make a “separation” between current political and societal events in the United States and playing in the NBA.

“If you don’t create that distinction,” Irving said, “then it’s easy to feel the weight of the world while you’re going out there and playing. So, I’d be lying sitting here and saying I don’t feel what’s going on in the world, nor am I paying attention to it. I just have a huge responsibility, I feel, to continue to serve my community and the underserved. And when I’m out here playing, it’s continuing to leave knowledge with these guys and commit to something, like I always say, bigger than ourselves.”

Irving said that it is “hard to ignore” what is going on in the world and he wants to continue to “make daily change.” Still, he said he is committed to playing basketball.

“When things become overwhelming in life, you’ve just got to take a step back and realize what’s important,” Irving said. “And I love to play — it’s never been a question. I’ve committed myself, when this wasn’t even a thing for me.”

Irving apologized to fans who may have been frustrated or disappointed by his absence, saying that he understood their perspective because “I started off as a fanatic. I’ve been invested in this organization since I was a kid.”

“My commitment has always [been] to bringing something special to Brooklyn,” Irving said. “It wasn’t just a championship. It was unity, equality, just bigger things than just the game itself. It took quite a while and quite a few valleys to get back home, initially. So for me, I’m just taking every day, just being grateful.”

Irving said that he addressed his teammates and the organization individually.