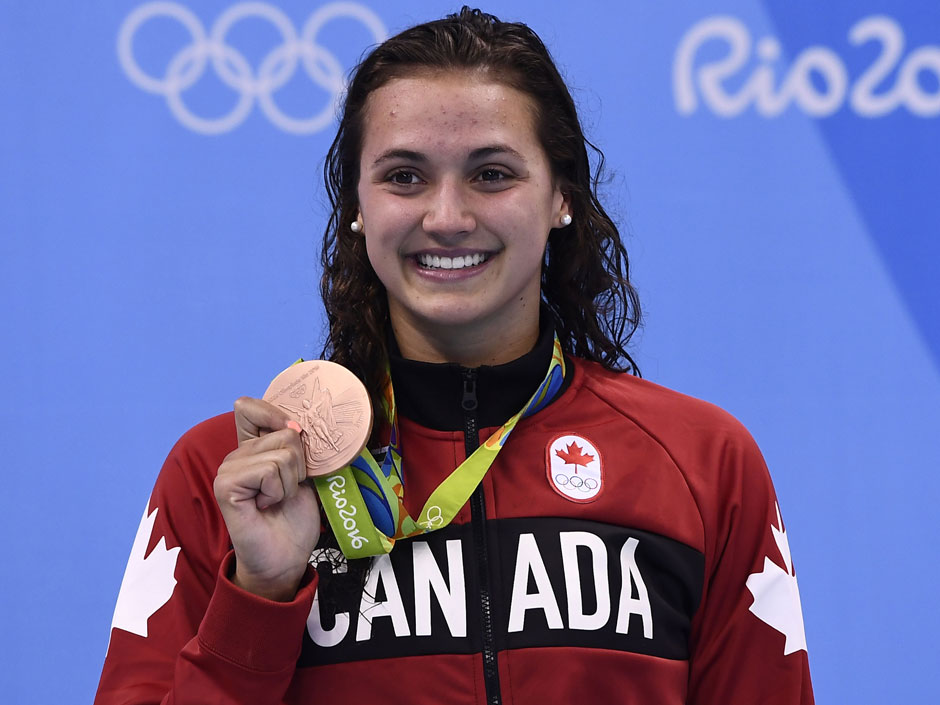 Being a model of consistency has made Kylie Masse one of the world’s best backstroke swimmers.

The 23-year-old, who trains at the University of Toronto, is the first Canadian to win back-to-back FINA World Championships gold medals. Since her bronze medal performance at the Rio 2016 Olympic Games, Masse has acquired every major 100-metre backstroke race she has entered.

Her success on the international stage has resulted in Masse being named Swimming Canada’s Female Swimmer of the Year. It’s the third consecutive year Masse has won the award. While proud of what she’s accomplished, Masse is also focused on the future.

“It’s always an honour,” said the LaSalle, Ont., native. “It’s important for me to be proud and be happy with my success in the past but also continue to look forward and continue to work hard and see what I can improve on.

“I think it’s only gets harder. I will continue to push myself day in and day out to continue to improve myself.”

“I would describe her as one the best athletes in the world,” he said. “To be a back-to-back world champion, and perform on the stage when it matters, is a testament to her abilities, commitment and dedication.”

In a sport where a fraction of a second can be the difference between elation and desolation, Masse continues to refine and enhance her stroke. A tiny tweak can have a big impact.

“All those little things are so specific, but they can also take a lot of time off or it can add a lot time if you’re doing it poorly,” she said. “There are a lot of small technical things that take a while to be consistent with and nail, so I just continue to practice those, and they become a habit.”

The road to Tokyo will start with the Olympic and Paralympic Trials in April. Having experienced the 2016 Olympics will benefit Masse as she prepares for this summer’s Games.