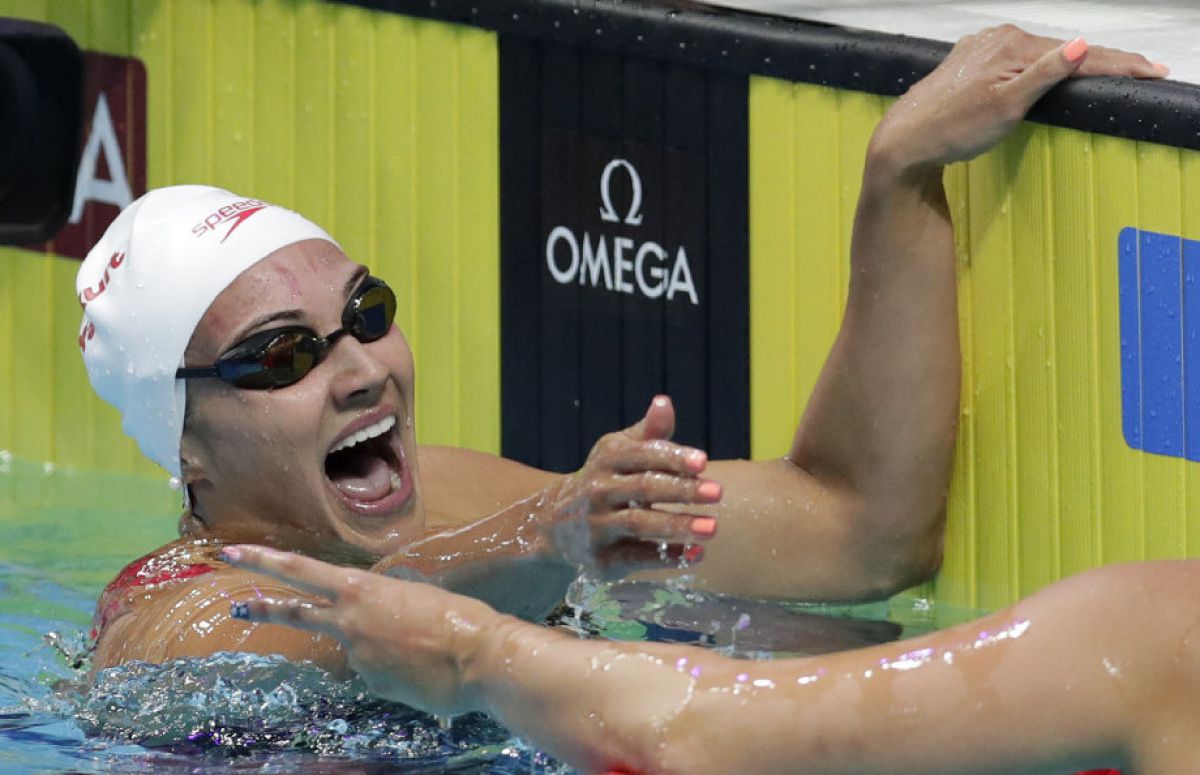 The two-time world champion set an Olympic record in the women’s 100-metre backstroke, winning in 58.17 seconds, only to see American rival Regan Smith (57.96) and Australia’s Kaylee McKeown (57.88) lower the mark in consecutive heat races at the Tokyo Aquatics Centre.

McKeown, Smith and Masse, from LaSalle, Ont., qualified 1-2-3 for the semifinals on Sunday night.

“This field is incredibly deep and challenging,” Masse told Swimming Canada. “I know it’s going to be fast for the next rounds so I’m seizing every opportunity to race and get some good times in there.”

Earlier in the day, Penny Oleksiak anchored the women’s 4×100 freestyle relay team to a silver medal, Canada’s first of these Games.

Masse, 25, stated she had never seen anything like the Olympic record broken three times in the heats.

“I was thinking … put together a good race here,” she said. “I was super happy to achieve the Olympic record briefly, but in the end it all comes down to the final [on Tuesday].”

Masse arrived in Tokyo having improved upon her Canadian record with a 57.70 winning time at Canadian Olympic trials late last month in Toronto.

Masse, who earned backstroke bronze in her 2016 Olympic debut in Rio, is also expected to compete in the 200 in Japan. “She is so self-driven. She does not demand special attention,” CBC Sports analyst Byron MacDonald told The Canadian Press recently. “She’s very, very humble. You would never know that this woman is one of the finest athletes in the country in any sport.”