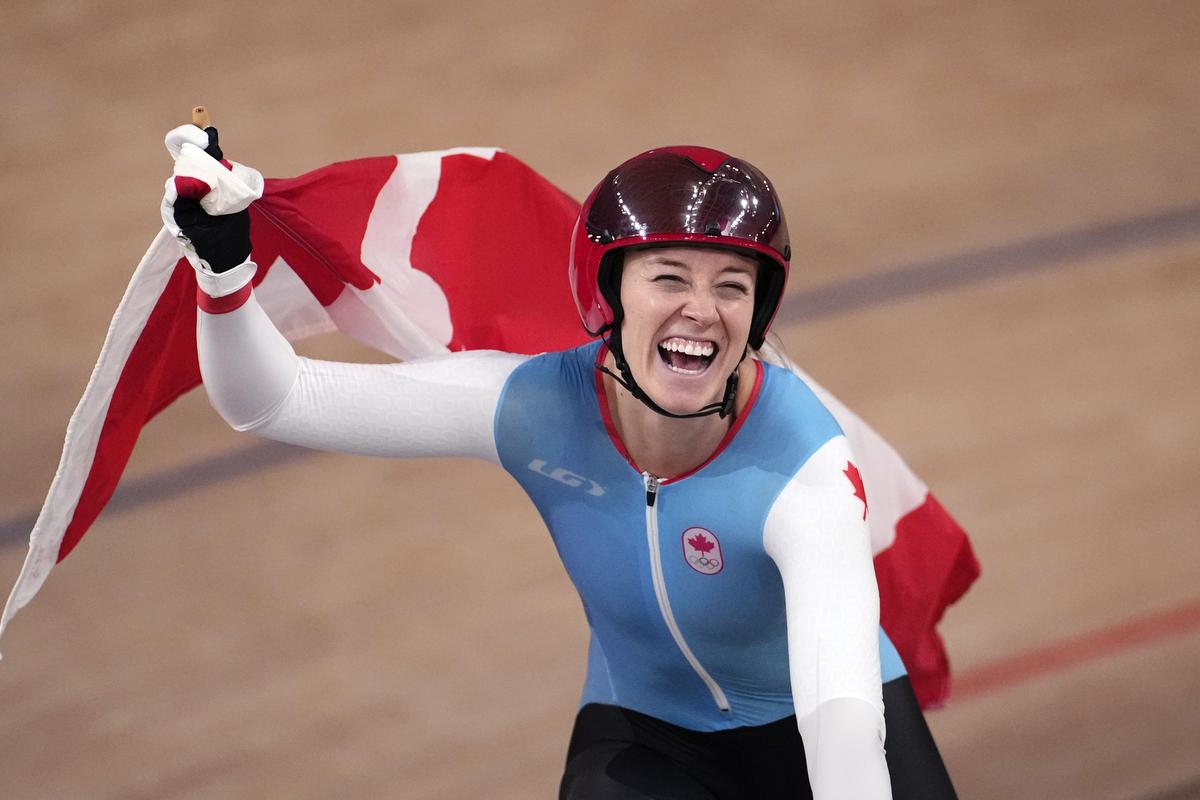 The Sherwood Park, Alta., native won gold in the sprint event on Sunday in Tokyo, earning the country’s 24th medal of these Games.

“My dream was to go to the Olympics, and I think deep down my goal was to be an Olympic champion like anyone who comes here, and just to see it kind of come true is an incredible feeling,” Mitchell said, fighting for breath and through tears after the race.

“People talk about visualization a lot in sports, and I don’t know if [I] did it on purpose, but I could see myself on the podium. I decided to go and execute it,” Mitchell stated.

Known to teammates as “Quadzilla” for her bulging leg muscles, Mitchell used her brute speed in different ways to overwhelm Starikova in each race.

In their first matchup, the Canadian led wire to wire, holding off her opponent for two laps before powering to victory by 0.061 seconds. In the second race, Mitchell started from behind before dropping into the sprint lane for the final lap and crossing the finish line 0.064 seconds ahead to earn gold.

The medal is Mitchell’s first in her Olympic debut, and Canada’s second-ever gold in the sport after Lori-Ann Muenzer’s sprint victory in 2004.

Earlier Sunday, Mitchell beat reigning world champion Emma Hinze by a score of 2-1 in the semifinals. Hong Kong’s Lee Wai-sze then took down Hinze to earn bronze. “I think my harder match was probably in the semis with the German,” Mitchell said.