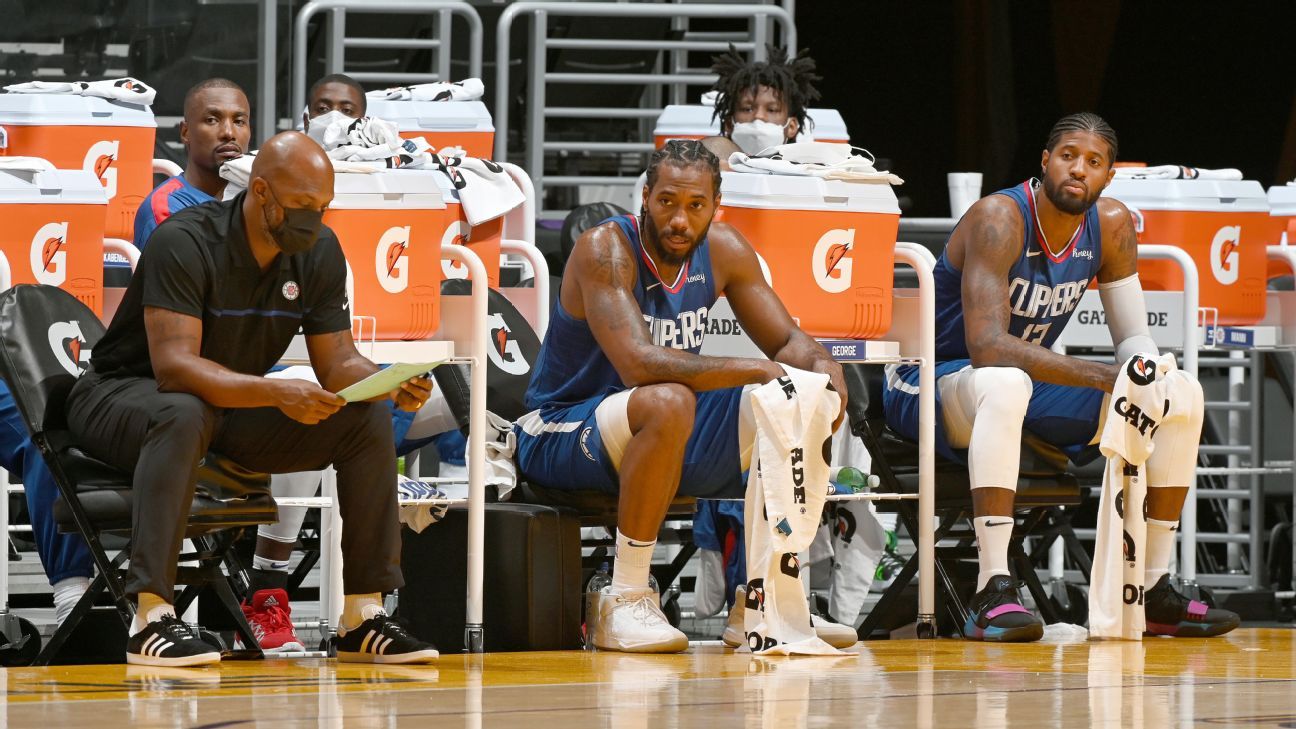 The Los Angeles Clippers ruled out stars Kawhi Leonard and Paul George on Monday for Tuesday’s road game versus the Atlanta Hawks, citing the NBA’s COVID-19 health and safety protocols.

Tuesday marks the first of six road games in nine days for the Clippers, who are in the midst of a seven-game winning streak and have played 10 consecutive games in California.

According to The Athletic, neither player traveled to Atlanta. Guard Patrick Beverley also stayed in Los Angeles after being ruled out with knee soreness.

It’s not clear what prompted Leonard and George to fall under the league’s health and safety protocol blanket.

Either or both players could join the Clippers on their road trip if they are cleared. This doesn’t mean Leonard and George contracted coronavirus. They might have had inconclusive tests. Or they could be out due to contact tracing. The length of their absences will depend on the situation.

So, the Clippers are venturing into new territory by relying on key players like Nicolas Batum, Serge Ibaka and Marcus Morris – but without Leonard and George.

That’ll obviously be difficult. Leonard was playing at an MVP level, and George wasn’t too far behind. The forwards are major positives both offensively and defensively. That’s a lot of production to replace.

The Clippers sacrificed quite a bit of depth in reshaping this season’s roster. Without George and Leonard, finding wins on this trip will be difficult. Hopefully, the two are able to return promptly and help the Clippers maintain their recent stretch of excellence.