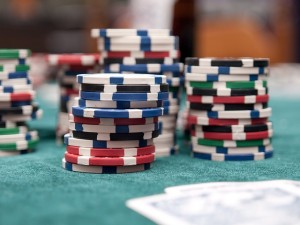 Check Regal Poker for Latest Poker News, poker strategy tips and more.
(pokernews.com) – The 2016 Foxwoods Poker Classic $2,700 Main Event attracted 182 entries and saw Andrew Kaplan and David Stefanski finish one-two after a deal was struck during heads-up play. Having the most chips at the end allowed Kaplan to talk away with $100,638 and the trophy, whereas Stefanski took a dollar less at $100,637 for officially finishing in second place.
Learn everything that you need to know about how to play poker, and become a professional in Blackjack and Texas Hold’em
Final Table Results

The top 21 players in the event were paid, with notables Curt Kohlberg (17th – $7,275), Matthew Wantman (16th – $7,275, Steven Tabb (13th – $7,760), and Jaime Kaplan (10th – $8,730) all finishing with a cash, but short of the official final table.
Tom Dobrilovic, who is a common fixture on the East Coast poker scene with dozens of live tournaments results and nearly $1.5 million in earnings, then fell in eighth place. He earned $15,762.
Bradley Yazici busted fourth, and Andrew Dean finished third before heads-up play was set. When it began, it was reported that Stefanski had 3.8 million in chips to Andrew Kaplan’s 1.4 million. The two originally agreed to a deal that would award $90,000 to second place, with the winner taking $111,275, but after a bit of play that saw Andrew Kaplan pulling into the lead, the two chopped up the remaining cash with Andy Kaplan taking the trophy for having the most chips.
For Stefanski, the score marked the second largest of his career behind only a $325,034 cash in the2015 World Series of Poker Main Event where he finished 16th. It’s his second live six-figure prize and pushed him to nearly $1.2 million in live tournament earnings.
For Andrew Kaplan, he just about doubled his career live tournament earnings with the win in what became his largest live score to date by about six times the previous.
Don’t miss our special articles about Texas Hold’em and blackjack, become the best player that you can be! Get all the latest PokerNews updates on your social media outlets. Follow us on Twitter and find us on both Facebook and Google+!

How To Play Poker – Slowplaying