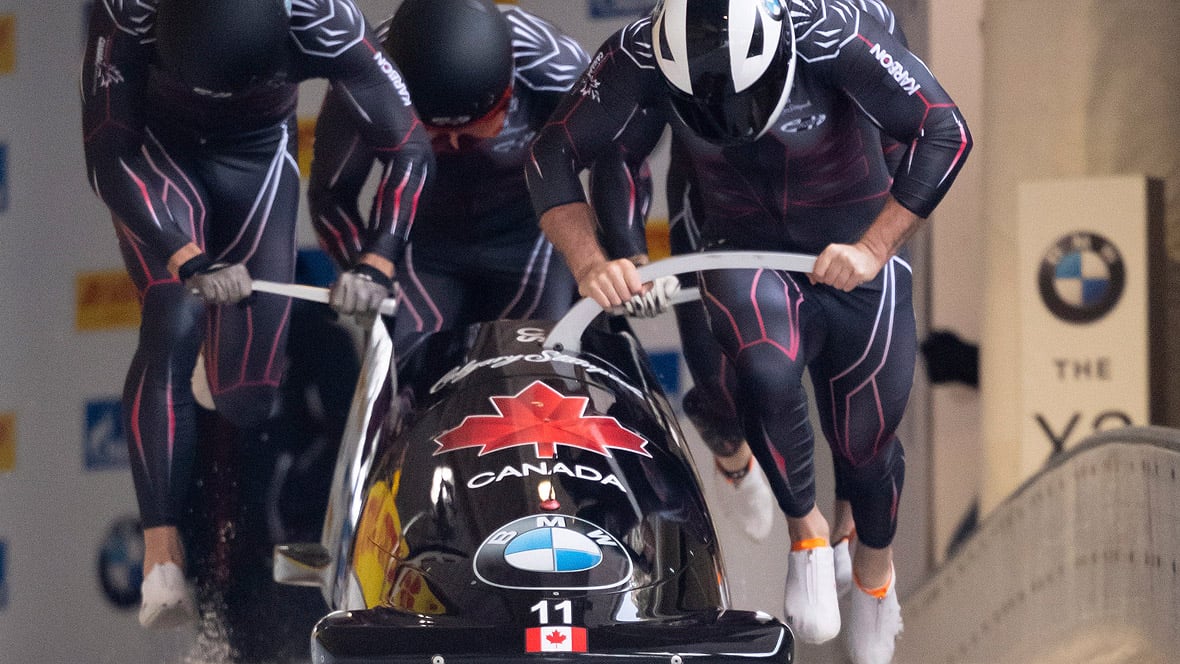 Justin Kripps piloted his crew of brakemen Ryan Sommer, Cam Stones, and Ben Coakwel to a silver medal at a World Cup event on Sunday in Altenberg, Germany.

The Canadian four-man bobsleigh team concluded with a time of one minute 49.16 seconds, which was 0.28 seconds back of the German sled of Francesco Friedrich who finished in 1:48.88.

“I have never medalled here in the four-man so this was really big for us,” stated Kripps, who slid onto the podium in both the two- and four-man events on the same weekend for just the second time this season.

“We crashed in training this week, and it was pretty hard for me to go do another run to qualify because I was pretty beat up so this one is extra special.”

The Russian team piloted by Rostislav Gaitiukevich took bronze with a time of 1:49.23.

Kripps, of Summerland, B.C., has now landed on the four-man podium in consecutive weeks, after earning bronze in the World Cup circuit last week in Winterberg, Germany.