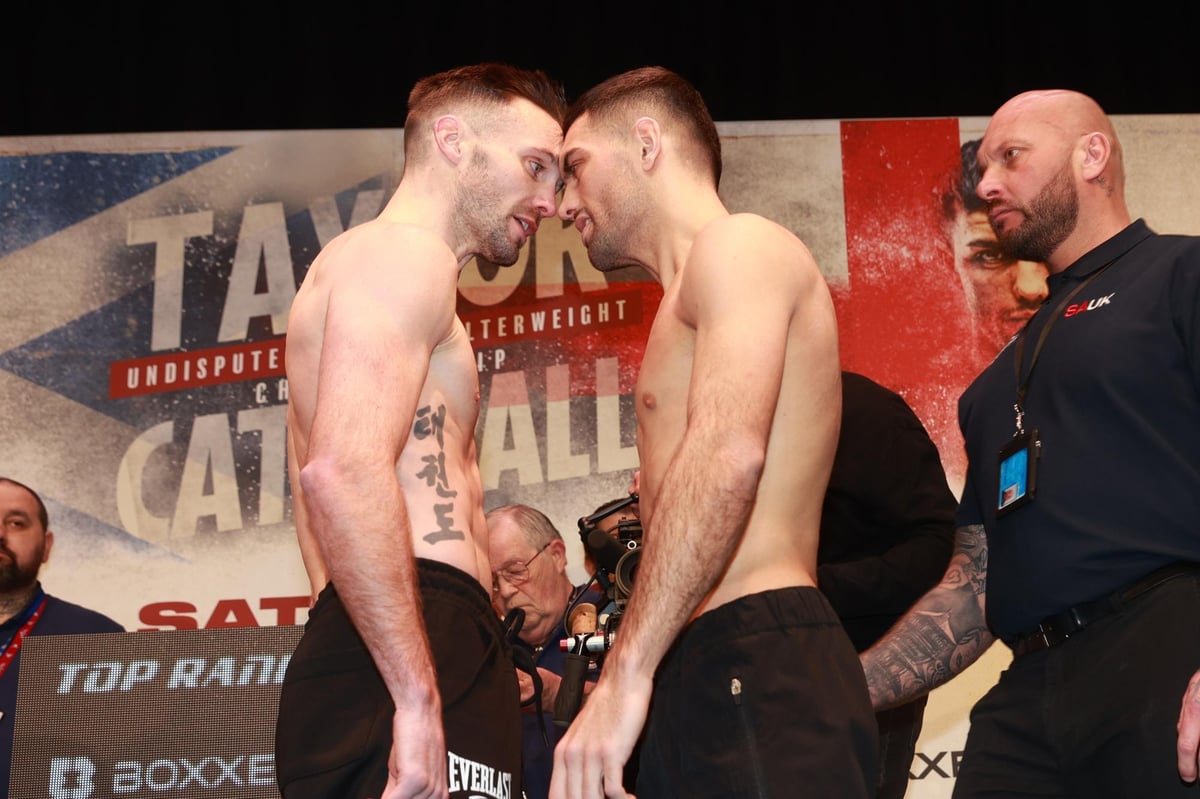 The return fight between ESPN’s top two 140-pounders will take place at the same venue as the first meeting: the OVO Hydro. Taylor, who fights out of Scotland, will once again enjoy home-turf advantage versus his English counterpart.

Catterall, who dropped a controversial split decision in his first title bid, complained about the judging afterward but will once again contend with hostility on the road.

“Today I should have been waking up with all of the belts,” Catterall said on Instagram the day after the fight with Taylor. “… Boxing, shame on you. … Dreams stolen.”

Taylor (19-0, 13 KOs) entered the bout undisputed champion with all four junior welterweight titles but vacated three of them to avoid mandatory challengers that would have preempted a rematch with Catterall.

The fight was eyed for late November, but talks stalled to finalize the rematch. After the parties struck a deal, the rematch was set to take place on Feb. 4 but was postponed following a scheduling decision made by Sky Sports, the network that will televise the pay-per-view event in the U.K. (ESPN+ will stream it stateside.)

The first meeting was delayed, too, after Taylor suffered a knee injury, which pushed the undisputed 140-pound championship fight from last December to Feb. 26.

Taylor retained his four 140-pound titles via a controversial split decision after he was floored in the eighth round of a thrilling fight.

But it’s Catterall who enters the rematch ranked No. 1 in the weight class by ESPN.

Taylor planned to move up to 147 pounds afterward but reversed course after a public outcry over the judging. Taylor, 31, said he even received death threats.

The then-undisputed champion was dropped from ESPN’s pound-for-pound rankings after that bout and preceded to do everything in his power to secure the rematch. That included vacating three of his four junior welterweight titles — the IBF, WBA and WBC belts — to avoid mandatory obligations with various No. 1 contenders.

Catterall (26-1, 13 KOs) was a decided underdog ahead of his first fight with Taylor, but impressed with clean punching, an ability to avoid the champion’s power shots and a sound jab. He dropped the champion in Round 8 — the first knockdown of Taylor’s career — and the consensus is that he appeared to do enough to win a close fight.

“It wasn’t my best performance, and I’ve put a lot of pressure on myself being heavy favorite and boxing back at home … but once I started catching him, I believe I got the win 100 percent,” Taylor said afterward. “I know I won the fight; overall I scored the bigger shots and the more meaningful shots. He put up a good fight, but he never won the fight. Second half of the fight I took control.”

Taylor recently parted ways with his trainer, Ben Davison, in favor of Joe McNally, who trains former champion Liam Smith. Taylor won his first title in May 2019 with a decision victory over Ivan Baranchyk. Five months later, Taylor added a second belt with a tight-decision win over Regis Prograis. In May 2021, Taylor captured the undisputed championship with a decision win over Jose Ramirez.

Catterall, 29, was competing at the elite level for the first time.