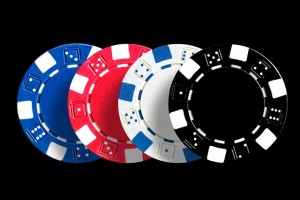 Check Regal Poker for Latest Poker News, poker strategy tips and more.
(pokernews.com)- Joe Reddick tops field of 3,268 entries to win Borgata Winter Poker Open Deep Stack for $217,792.
Joe Reddick managed to rack up more than $370,000 in recorded lifetime cashes without a single outright win, but that ended in a big way last Saturday night. Reddick won $217,792 for topping a huge field of 3,268 entries in the $1 Million Deep Stack event at the Borgata Winter Poker Open. It was about three times his previous biggest cash.
The event carried a $450 buy-in, so the total prize pool of $1,307,200 easily surpassed the guarantee.
Final Table Results

Learn everything that you need to know about how to play poker, and become a professional in Blackjack and Texas Hold’em
The tournament paid out 300 places. Ryan Olisar (100th), Tyler Patterson (77th), Kevin Saul (62nd), Jamie Kerstetter (61st), Greg Himmelbrand(44th), Zo Karim (13th), and Mike Linster (11th) were among the players to navigate to top-100 finishes but fall short of the final table.
Reddick held the lead with 13.2 million when the final table began at Level 32 (80,000/160,000/20,000). However, the headliner was undoubtedly Farid Jattin, who had a respectable stack himself with 11.8 million. Jattin has tallied nearly $1.5 million in live cashes across prestigious events that include tournaments on the World Poker Tour, World Series of Poker, and European Poker Tour. In 2014, he made the final table of the WPT Main Event at the Borgata Winter Poker Open, finishing sixth for $174,352.
His lead didn’t last long as Jattin eliminated Peter Theofanopoulos to join Bral north of 20 million. Bral busted Tony Cheng in a flip, but Jattin’s rise wouldn’t be stopped, and he had about half of the chips in play five-handed after making a straight at the expense of Bral.
In a stretch that saw no eliminations, Reddick was able to pull ahead of Jattin before the hand of the tournament went down. At Level 37 (250,000/500,000/50,000), Jattin and Reddick got in a preflop raising war that ended with Jattin six-bet shoving 21.5 million and Reddick calling with two kings. Jattin, however, had aces, but instead of taking an insurmountable lead, he busted in fifth when Reddick found a king on the turn.
Having the rest of the table covered at that point, Reddick easily rolled over Bral, Hector Chevalier, and finally Almog Biton to secure his first live win.
The BWPO still has a few events going and will end Feb. 5 at the conclusion of the $3,500 WPT Main Event. PokerNews will have a recap of that tournament upon its completion.
Don’t miss our special articles about Texas Hold’em and blackjack, become the best player that you can be! Get all the latest PokerNews updates on your social media outlets. Follow us on Twitter and find us on both Facebook and Google+!

SHORT STACKED IN A TOURNAMENT