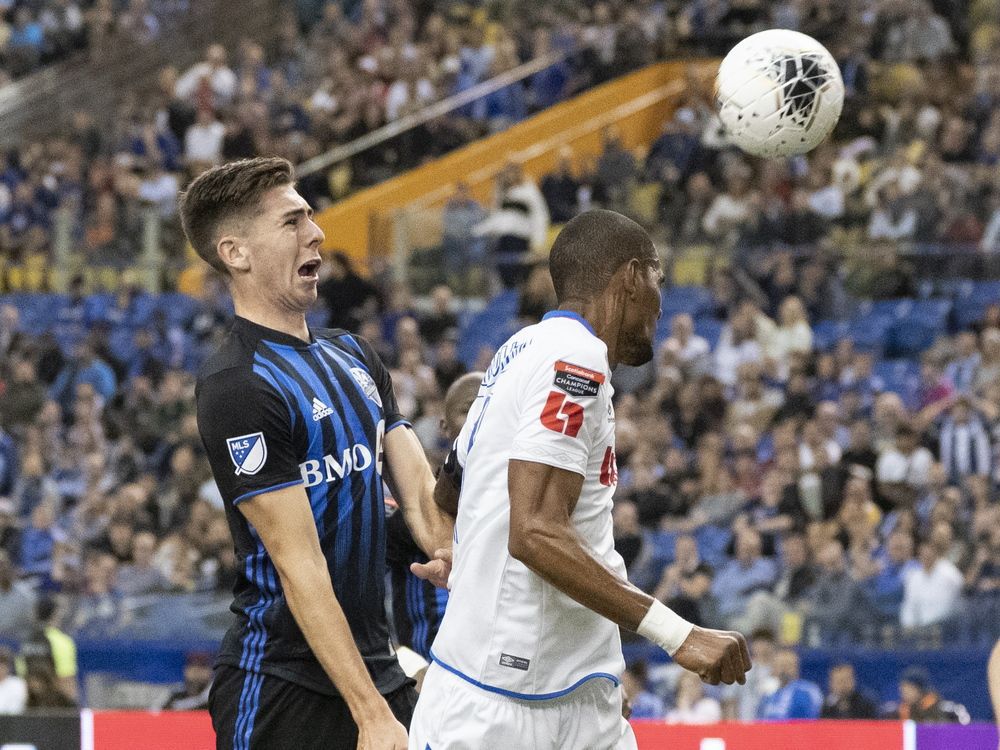 The Montreal Impact saw their season end Tuesday, despite earning a victory over CD Olimpia in CONCACAF Champions League action.

The Impact took a gritty 1-0 victory over the Honduran club in Orlando, where the final phases of the tournament are being played in a “bubble.”

The triumph wasn’t enough for Montreal, however, as the two-leg quarter-final is scored on aggregate. With Olimpia already holding 2-1 victory from the first outing in March, the Impact needed a two-goal victory to move on in the tournament.

Amar Sejdic scored the game’s lone goal in the 57th minute Tuesday, giving Montreal a glimmer of hope, but the Impact couldn’t find the back of the net a second time despite some chances off late set pieces.

Clement Diop had a single save to earn a clean sheet for the Impact and Olimpia’s Edrick Mejivar stopped three on-target shots.

It had been nearly a month since the Impact last played. The team was ousted from the Major League Soccer playoffs by the New England Revolution on Nov. 20.

The long layoff seemed apparent at times on Tuesday, with Montreal turning over the ball and reacting late.

The Impact seemed to shake the rust off at the break and struck early into the second half when Olimpia lost track of a rebound at the top of the penalty box. Sedjic deftly swept it up and got a quick shot off, sailing into the bottom right corner of the net to put Montreal up 1-0.

The 24-year-old midfielder had two goals in 14 appearances for the Impact during the MLS regular season.

The Impact had several chances to add to the lead late, including a late free kick by Mustafa Kizza that was nearly tipped in by Rudy Camacho in injury time.

Olimpia missed an opportunity to open the scoring early after Montreal’s Victor Wanyama turned the ball over to Marvin Bernadez in the 14th minute. Bernadez broke away and got a beautiful pass across the box to Jerry Bengston in front of a wide-open net, but the Honduran club captain’s header went wide.

The Impact held on to the ball through much of the first half, controlling 62 per cent of possession. But the squad looked sloppy at times, giving up unforced turnovers and committing unnecessary fouls.

Defenders Luis Binks and Kizza were both shown yellow cards for unsporting behavior before the halftime whistle. Teammates Romell Quioto and Zachary Brault-Guillard joined them in the referee’s book in the second half.

Olimpia outshot Montreal 13-to-8 across the first 45 minutes, though the Hondurans had just one shot on target. The Impact’s most dangerous chance of the first half came off a corner in the 32nd minute. Binks got a header near the front post and the ball seemed destined for the back of the net before it was cleared off the line Edwin Rodriguez.

Olimpia will play either MLS side New York City FC or Mexico’s Tigres on Saturday.

Australian Open to start on February 8