How To Play Short Stacked 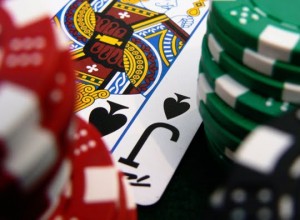 Check Regal Poker for Latest Poker News, poker strategy tips and more
There are always going to be times in your poker career where you will find yourself as the short stack at the table and probably having a smaller stack than the rest of your opponents.
It may be because you are in the middle of a tournament and had a bad run of cards, or because you simply enjoy to buy in to cash games with a short stack.
But for whatever reason you are playing with a relatively small amount of chips, it is good to be able to understand and employ a good short stack strategy.
The people with the most chips know that ultimately their main obstacles to the big stack will be anyone else with a big stack – first at their table, and then in the tournament as a whole. Often, though, the big stacks will try and delay confrontation with each other. Instead, they gang up on the smaller stacked players to try and eliminate them and move themselves closer to a guaranteed money finish.
At Regal Poker you will find the best articles about how to play poker, visit us and check out our promotions we offer you the best online poker games.
The best way to play the small stack often depends on just how small you are. If you are really small and cannot survive more than one more round of blinds then, when you get a passable hand, you have to go all-in, whatever position you’re playing. If you find yourself in the big blind and the compulsory posting is half your stack, then you are locked into playing at that point, and have little alternative but to go all-in. You will not survive another round of blinds and even if you do double up, you will only be in the same position again one round later.
It is true tournaments are about survival, but there is no point being blinded away.
Whatever two cards you have are unlikely to be that much of an underdog against any other two cards. Under different circumstances you may have mucked the hand but here you go all-in, just remember that 8-5 off-suit is less than a 2/1 underdog against A-K
Short but not that short?
If your stack is short but not so short that you’re hanging on for dear life, you’re in a relatively safe place as there’s no imminent threat of being knocked out. However, you do need to consider a variety of situations in which you’re still more vulnerable than those with big stacks
However, there are ways to work around this. Firstly, don’t raise unless you’re fairly confident in your hand. If you’re holding strong hands such as A-K or Q-Q, you’re in a far safer position as the chances of your raise risking your small stack are significantly smaller. However, it’s also worth waiting for the flop before you commit, as you’re still lacking the safety net a big-stack player has.
If you’re sat in mid-position with only one big stack at your table, you may want to raise with any ace or jack kicker – any card that may not determine your hand’s rank, but may tip the balance if there’s a tie with another player. Late-position players with small stacks have the largest advantage, as not only is it going to cost you less to raise the pot, you’ll also get a better idea of what approach other players are taking before making your move.
If you’ve got a small stack and you’re thinking of stealing the blind, you need to be very careful. If you’re going against a big stack, there’s a far higher chance of you being challenged and seeing your chip pile dwindle as a result, whereas small stacked players aren’t worth stealing from given they’re unlikely to pass up on the same opportunities you see before you. However, medium-stack players are ideal targets, as you’ll find that they will back off their blinds if a small-stack player raises given the inherent risk in them making such a confident play with so little standing between them and being knocked out – especially as medium-stack players can’t afford to challenge them as they don’t have a big-stack insurance policy.
Some players may try to hang in there for as long as possible, but this is only the best strategy if you are near (or in) the tournament prize money and there are other short-stacked players. Being short stacked not only makes you a target for others, it bars you from many important aspects of a successful game such as seeing flops, playing drawing hands and picking up the blinds. It is vital to get out of the position as soon as possible, so work that table, steal the blinds you can get away with, and build that stack.
Don’t miss our special articles about Texas Hold’em and blackjack, become the best player that you can be! Get all the latest PokerNews updates on your social media outlets. Follow us on Twitter and find us on both Facebook and Google+!
If you want to learn how to play poker, don’t forget to check these articles.
How To Win On Poker
How To Select Texas Holdem Pocket Cards
How To Win Multi-Hand Blackjack?
How To Win Online Poker?
How To Win At Poker
How To Think Ahead In Poker
How To Play Speed Hold’em
How To Become A Shark Player
How To Stop Poker Tilt
How To Play Pocket Pairs
How To Use Vpip And Pfr
How To Play Short Stacked

What is Short Stack