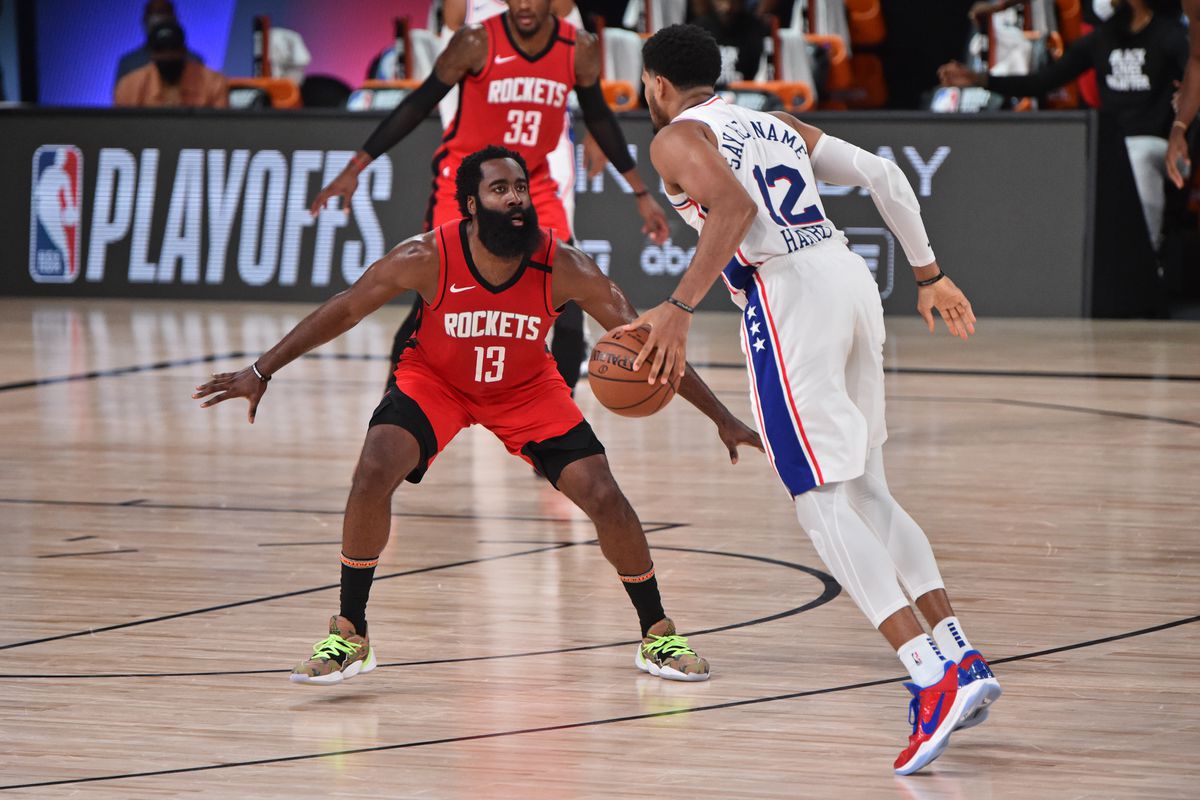 The relationship continues to deteriorate between the Houston Rockets and superstar guard James Harden, who hasn’t reported for team practices yet this week. Rockets head coach Stephen Silas hasn’t given much information on when Harden could be expected at training camp, stating Monday it was a “setback” while the team is trying to get back in the swing of things.

There have been numerous videos circulating around social media of Harden evidently partying across the country, from Atlanta to Las Vegas, and no one within Houston’s organization seems to know when he’ll turn up. For the last month rumors have been surfacing that Harden wanted out of Houston, and now they seem to be coming up again.

Harden reportedly informed the Rockets before the start of training camp that he would be open to a trade to the Philadelphia 76ers, or any other contender, per ESPN’s Adrian Wojnarowski and Tim MacMahon.

When the initial reports that Harden was looking to be traded surfaced a while back, the Sixers and the Brooklyn Nets were the two teams that were linked to the superstar, though nothing gained traction with either franchise.

No talks have materialized with the Sixers yet, per Wojnarowski, as new Philadelphia president — and former Rockets general manager — Daryl Morey has been adamant about keeping Joel Embiid and Ben Simmons together for the time being.

In order to even consider trading Harden, the Rockets are reportedly asking for a return that includes a young franchise cornerstone, several first-round picks and/or up-and-coming players on rookie contracts. In order for the Sixers to meet that request, that would require trading one of Embiid or Simmons, with the latter being brought up in trade rumors when this report initially surfaced.

For other teams around the league, though, there are reportedly some reservations about trading for Harden as they would want to know that the perennial All-Star would stick around long term, and not opt out of his contract after the 2021-22 campaign. For the time being, no trade seems to be imminent for Harden, and the Rockets are in no hurry to deal their franchise centerpiece without the right price.

After trading Russell Westbrook for John Wall, and signing young center Christian Wood to a contract during the offseason, the Rockets are clearly sending the message that they aren’t interested in going into a full rebuild.

The asking price for Westbrook also shows that Houston wants to be competitive and not build through the draft.