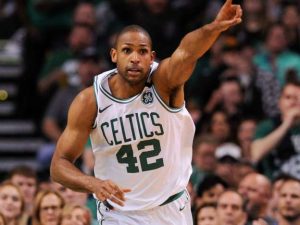 Al Horford was a prime free agent catch for the Boston Celtics three seasons ago, marking the beginning of their ascent toward Eastern Conference contention.
After a surprisingly turbulent season that ended in a five-game “gentleman’s sweep” at the hands of the Milwaukee Bucks in the Eastern Conference semifinals, Horford will reportedly be attempting to boost a division rival over the top.
As first reported by ESPN’s Adrian Wojnarowski, Horford has agreed to a four-year, $109 million deal with the Philadelphia 76ers. The deal includes $97 million in guarantees and $12 million in bonuses tied to championships, Wojnarowski reports. The Celtics, per ESPN, were willing to offer Horford a four-year deal, but he opted for more money.
His was one of at least 11 deals worth at least $100 million agreed to on Sunday, one of the wildest spending days in league history.
Check BetRegal.com and find the best online betting site.
Last season, the 33-year-old Horford averaged 13.6 points, 6.7 rebounds, 4.2 assists and 1.3 blocks, shooting 53.5 percent from the field and 36.0 percent from deep — right in line with his career averages even as he played a career-low 29.0 minutes per game. The 12-year veteran again made the playoffs, maintaining a perfect record of reaching the postseason to cap each campaign he’s played in the league.
A versatile big, the 6-foot-10 Horford can easily slot at either the 4 or 5, adept at playing in multiple offensive styles as need be. In Philadelphia, he’d slot alongside All-NBA center Joel Embiid — who stands 7-foot — and Tobias Harris (6-foot-9) in a towering front line that should present matchup problems and difficult decisions for opposing defenses.
Get all the latest Betting and Sport News updates on your social media outlets. Find us on both Facebook and Google+
The commitment of Horford spells the end of Jimmy Butler’s six-month run with the Sixers, league sources said. The Miami Heat are finalizing a sign-and-trade deal with Philadelphia to acquire Butler, league sources told ESPN.