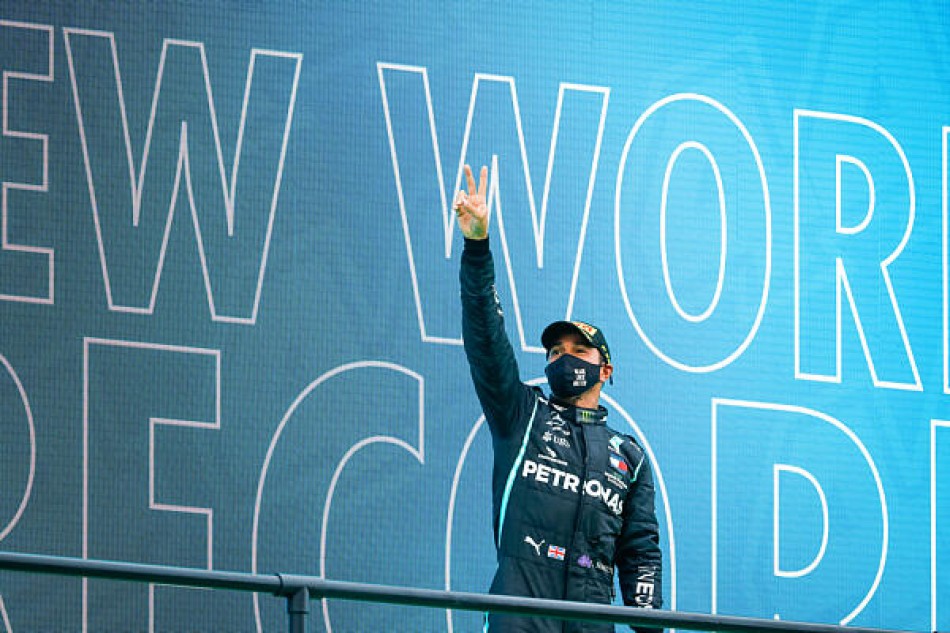 Lewis Hamilton claimed a record 92nd Formula One triumph at the Portuguese Grand Prix, moving him clear of Michael Schumacher for the most victories in the sport’s history.

Hamilton won from pole position at Portimao’s Algarve International Circuit to become the standalone record holder, having moved level with Schumacher at the Eifel Grand Prix.

By way of comparison, Hamilton reached his current tally on his 262nd F1 race start. Schumacher reached the 91-win mark at his 247th start, the 2006 Chinese Grand Prix.

Hamilton stated it will take a while to register the scale of the achievement.

“It’s going to take some time to fully sink in,” Hamilton said. “I was still pushing flat out all the way to the line. I’m very much still in race mode, mentally. I can’t find the words at the moment.

“I could only ever have dreamed to have been where I am today. I didn’t have a magic ball when I chose to come to this team and partner with these great people, but here I am.

“What I can tell you is that I’m trying to make the most of it everyday. Everything that we do together, we’re all rolling in the same direction and that’s really why you’re seeing the success that we’re having.

“We’ve got my dad here, which is amazing and my step-mum Linda and Roscoe [Hamilton’s dog]. So it’s a very blessed day.” The pair are comfortably clear of the next drivers in the record books.

Hamilton is also on path to claim a seventh world championship this campaign, which would move him level with the only remaining significant record in Schumacher’s name.