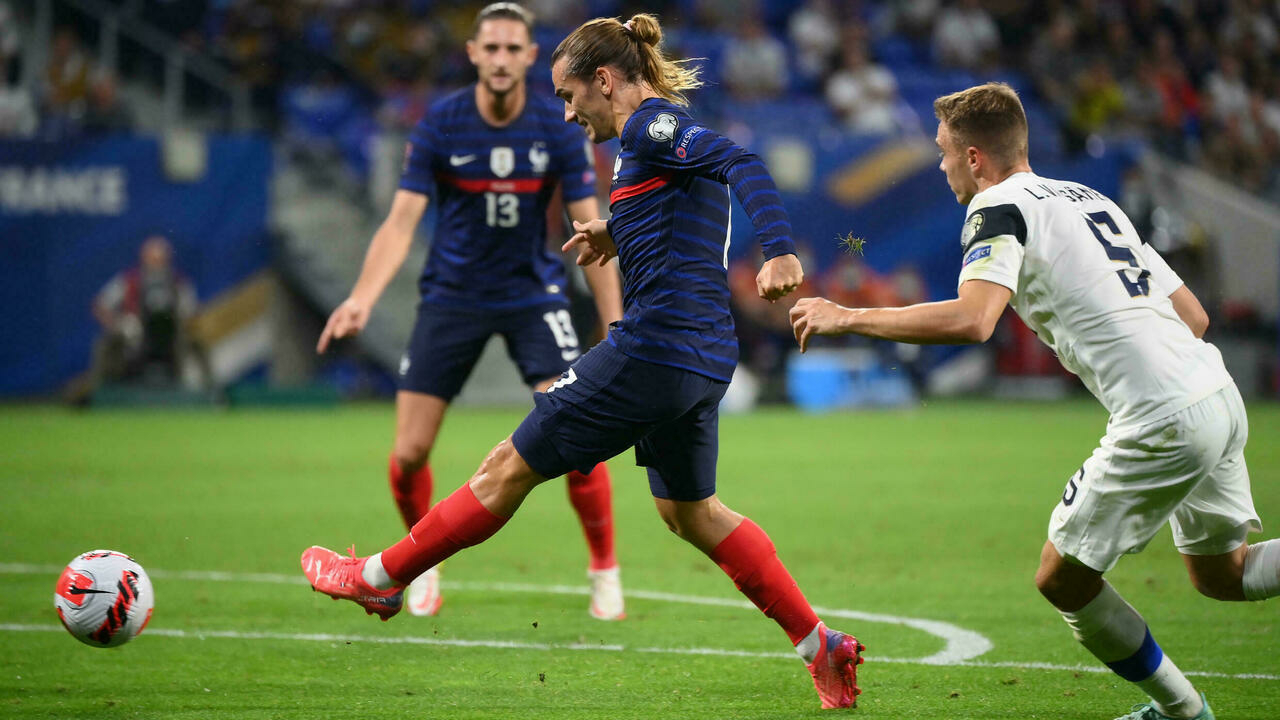 Antoine Griezmann played chief tormentor as France sprung back into life to end a five-game winless streak by defeating visitors Finland 2-0 in a World Cup Group D qualifier on Tuesday.

Griezmann struck in each half after his partnership with Karim Benzema bore fruit in satisfying fashion to put the world champions on 12 points from six matches at the top of the group.

Finland, who had a decent opening half, are third on five points but have two matches in hand of the French.

“Even it was not perfect we showed determination and with that came some more technical quality,” said France coach Didier Deschamps.

“We had more confidence, it was more like us. It’s a very important result for us, now we have to finish the job in November.”

After two 1-1 draws versus Bosnia and Ukraine, Deschamps’ tinkering paid off as France started in an usual 5-2-3 formation with Leo Dubois and Theo Hernandez as fullbacks and Griezmann, Anthony Martial and Benzema up front.

But it was Finland who had the first clear opportunity through Urho Nissila, whose floating strike was tipped over the bar by Hugo Lloris.

Griezmann found the back of the net when he whipped the ball past Hradecky with the outside of his foot after collecting a clever deflection in the box by Benzema on 25 minutes.

Les Bleus, however, were on the attack and Lukas Hradecky pulled off a nice save in the 22nd minute to deny Benzema.

Finland continued to threaten on the break, but France proved clinical early in the second half.

After some more nice work from Benzema, Dubois found Griezmann in the area and the forward sneaked the ball between Hradecky and the left-hand post to give the hosts some breathing space in the 53rd.

Shortly afterwards, Martial missed Hernandez’s cross for what would have been France’s third. France controlled the end game, keeping the ball high on the pitch and creating a few chances through Benzema, who had a night to remember on his visit to his former stadium, 12 years after leaving Lyon for Real Madrid.