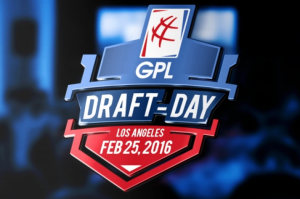 Check Regal Poker for Latest Poker News, poker strategy tips and more.
(pokernews.com)- The Global Poker League GPL announced on Monday that it will host GPL Draft Day on Thursday, Feb. 26, 2016 in Los Angeles. The event will be live streamed and feature an “NHL-style draft experience.” Each of the 12 GPL franchises will have representatives live on the floor at the event, allowing for draft picks to be announced in person from the podium.
The host venue will be the SLS Hotel in Beverly Hills, home to the inaugural American Poker Awards. Also announced was that the second edition of the American Poker Awards will take place following GPL Draft Day.
The first season of the GPL will include 12 franchises, with each one of them representing a different city across the globe. The teams will be split into two separate conferences, the Americas and EurAsia.
At Regal Poker you will find the best articles about how to play poker, visit us and check out our promotions we offer you the best online poker games.
According to recent news, expected teams for the Americas are New York, Los Angeles, San Francisco, Las Vegas, Toronto, and Sao Paolo. The EurAsia conference will likely have teams that include the cities of London, Paris, Prague, Barcelona, Moscow, and Hong Kong.
Each franchise will include five players, three of which will be drafted during GPL Draft Day from the top 1,000 GPI-ranked players. The other two players left will be selected as “Wild Cards.”
For more information on the GPL, please click here.

What is “‘Pontoon’ Blackjack?

What is Ring Game?