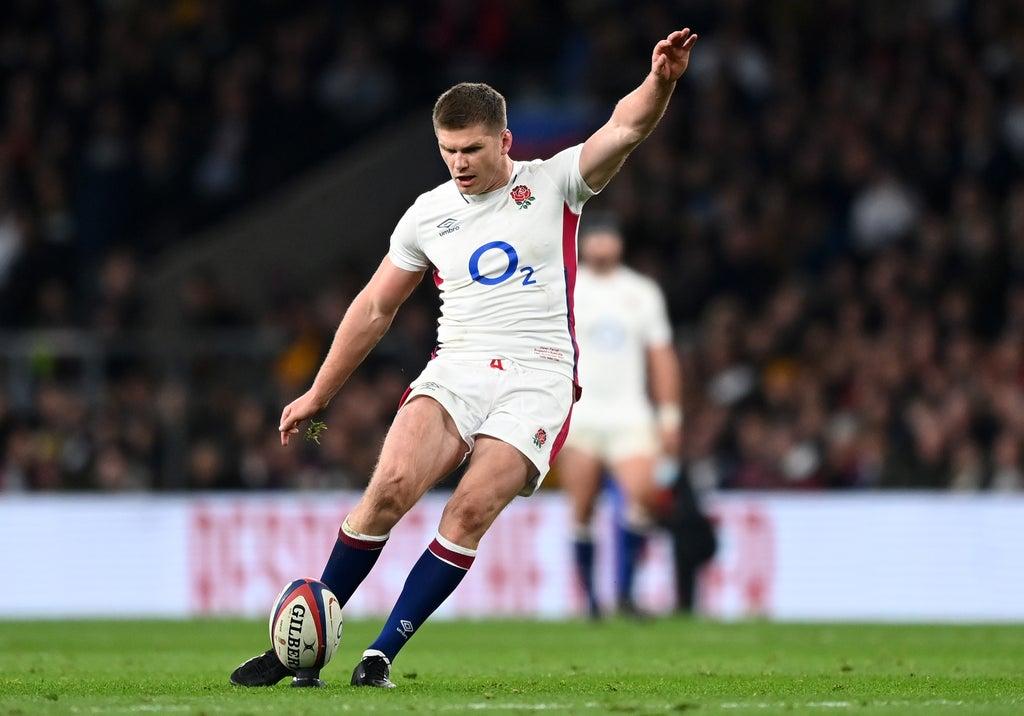 England trio Owen Farrell, Jamie George and Manu Tuilagi are anticipated to be fit for selection for the Six Nations which starts on Feb. 5.

Both Farrell and George were injured in England’s 32-15 win over Australia on Nov. 13, with the fly-half requiring surgery on his ankle.

Tuilagi was forced off minutes into England’s game against South Africa later that week after he tore his hamstring.

Saracens head coach Mark McCall confirmed the news about Farrell and George while Sale Sharks’ head coach Alex Sanderson was positive that Tuilagi would return to the side before the Six Nations.

McCall expects Farrell to return “towards the end of January.”

He added: “It won’t be in the next couple of weeks, but it should be before the Six Nations.”

On hooker George, McCall stated: “He was very, very nearly OK for last weekend but when COVID came and he couldn’t do the exercise he could, we thought we would wait a week. He is raring to go and we can’t wait to have him back.”

Tuilagi was expected to miss at least three weeks after suffering a grade three hamstring tear but Saderson said he was progressing quickly.

“He [Tuilagi] is doing really well on his rehab,” he said.

“There is a Leicester game the week before the Six Nations, which is obviously a big one for him, and we are hoping to get him back a week or two before that.” England are set to travel to Murrayfield to take on Scotland on the first day of the tournament.