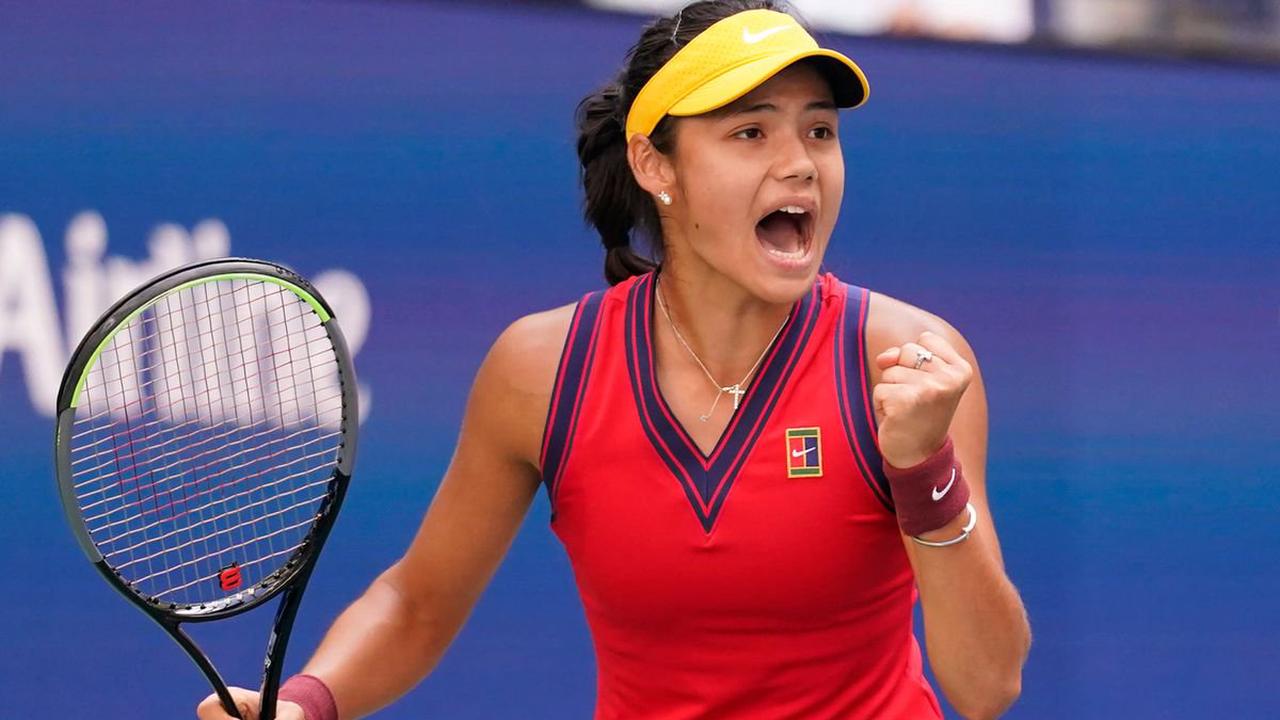 UK’s tennis sensation, Emma Raducanu’s dream run continues as she storms her way into the US Open quarterfinals.

After being down 0-2 in the first set, 18-year-old Raducanu won eleven straight games in a dominating win against USA’s Shelby Rogers in consecutive sets 6-2 6-1.

It took her all of 63 minutes.

Rogers was coming off of a thrilling three-set victory versus the World No. 1 Ash Barty and was a big threat to Raducanu.

Raducanu got off to a slow start, losing her opening serve in the first set. She moved slowly, while Rogers looked sharp, taking the ball early and using her forehand shots to rattle Raducanu. But, at 0-2, it seemed like they had a role reversal. Raducanu suddenly appeared more in control, her deep angular serve setting her up for her favorite forehand winner after.

“I am so happy to have overcome some of the nerves at the beginning,” Raducanu said in the on-court interview after.

She won twelve consecutive games from that point on, not giving Rogers any room to come back.

The Arthur Ashe crowd was on Rogers’ side throughout, but that didn’t rattle Raducanu, who looked calm throughout the match.

Rogers put up a fight in the final game of the second set, but Raducanu overpowered her with her speed and her lethal forehand.

Raducanu joins two other teen players — Carlos Alcaraz, 18, and Leylah Fernandez, who turned 19 on Monday — who’ve been creating their own storylines at this US Open in the quarterfinals. When asked about Alcaraz and Fernandez, Raducanu stated, “It definitely plays a part in motivation. I wanted to join them as well.”

She faces Olympic gold medalist Belinda Bencic in the quarterfinals, in their first ever matchup.

“Belinda is a great player who is in great form, so I’m going to have to bring it on Wednesday,” Raducanu concluded. Raducanu has shocked the tennis world with her quiet confidence since she started playing her qualifiers. She has gone on to defeat Switzerland’s Stefanie Voegele, Zhang Shuai and then beating World No. 41 Sara Sorribes Tormo.