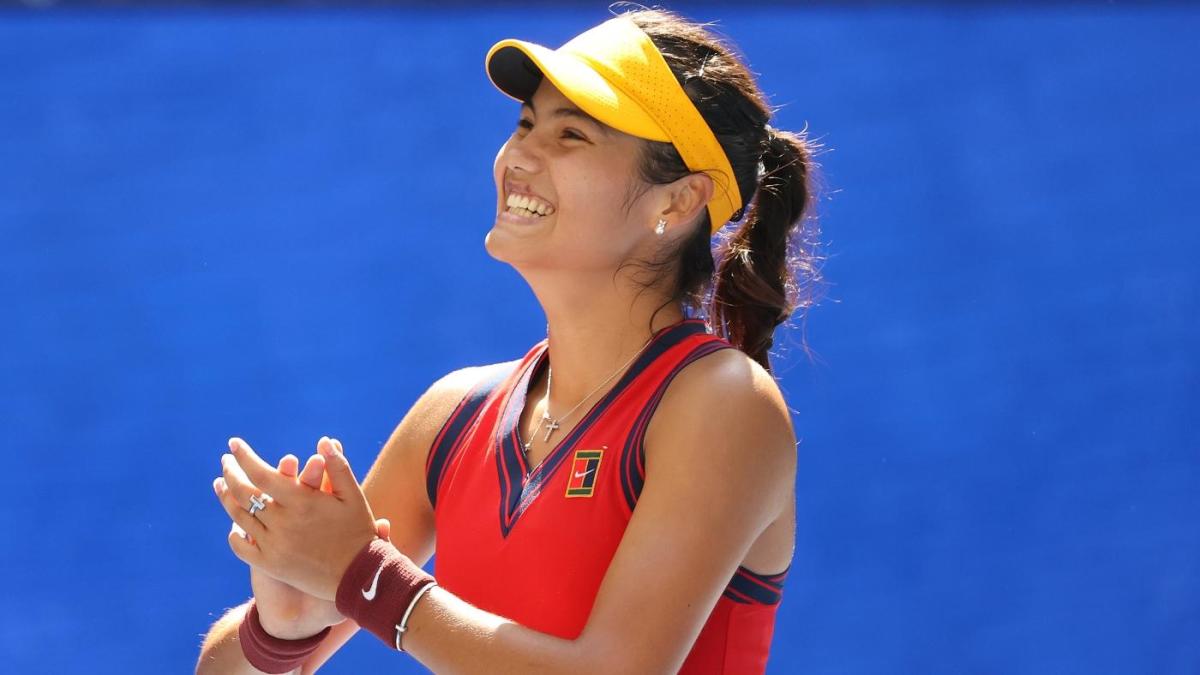 When Emma Raducanu got to Flushing Meadows to try to win her way through qualifying and earn what would be a berth in her second Grand Slam tournament, she was not planning on a particularly long stay.

Look at her now, two weeks into this adventure: The 18-year-old from Britain is the first qualifier in the professional era to reach the US Open semifinals. And she hasn’t even dropped a set yet.

“My flights were booked at the end of qualifying,” Raducanu said with a chuckle Wednesday, “so it’s a nice problem to have.”

Showing off the shots and poise of someone much more experienced, the 150th-ranked Raducanu became the second unseeded teen in two days to secure a place in the final four, eliminating Tokyo Olympics gold medalist Belinda Bencic 6-3, 6-4 in Arthur Ashe Stadium.

Not bad for someone ranked outside the top 350 in June after going about 1½ years without a match — in part because of the coronavirus pandemic, in part because her parents wanted her to finish high school.

“I’m not here to chase any records right now,” stated Raducanu, only the third woman not ranked in the top 100 to make it this far at the US Open and only the fourth qualifier to advance to the semifinals at any major tournament since the Open era started in 1968. “I’m just taking care of what I can do [in] the moment.”

Raducanu has won all 16 sets she has contested through eight matches in New York — three during the qualifying rounds and another five in the main draw.

On Thursday, she will face No. 17 seed Maria Sakkari of Greece, a semifinalist at this year’s French Open.

Sakkari won 22 consecutive points she served in one stretch and beat No. 4 Karolina Pliskova, a two-time major runner-up, 6-4, 6-4 on Wednesday night to follow up her victory over 2019 US Open champion Bianca Andreescu in the previous round.

“I’m impressed,” Sakkari said with a smile during her on-court interview when she was informed of that serving streak. “I trusted my serve, but now I’m going to trust it even more.”

The other women’s semifinal will be 19-year-old Leylah Fernandez of Canada against No. 2 seed Aryna Sabalenka of Belarus.

Raducanu made her Grand Slam debut at Wimbledon thanks to a wild-card invitation and she made it to the fourth round before stopping during that match when she had trouble breathing.

That tournament allowed the world to start to get familiar with her style of crisp, clean tennis, managing to attack early in points from the baseline without sacrificing accuracy. By the end versus the 11th-seeded Bencic, a US Open semifinalist in 2019, Raducanu had nearly twice as many winners as unforced errors, 23-12.

She also showed gumption, both at the beginning, when she was undaunted by a 3-1 deficit and claimed the next five games, and at the end, when she fell behind love-30 each of the last two times she served before hanging on. “Obviously, she’s very solid,” said Bencic, who hadn’t dropped a set in the tournament before Wednesday, “to just kind of stay tough till the end and just play her game and kind of not let me in again.”