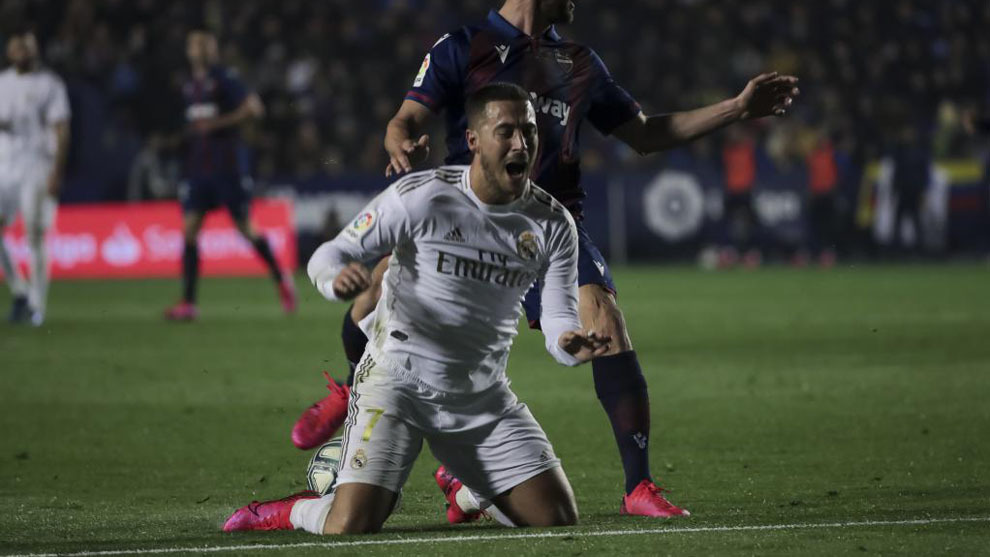 Eden Hazard will undergo surgery this week on his injured fibula bone which he fractured during the league meeting with Levante on 22 February. The club and player have taken the decision that surgery is the best option – the operation will take place in Dallas on Thursday.

Hazard is expected to be out of action for between two to three months, which means it is unlikely he will reappear for the club this campaign. It remains to be seen whether Hazard will be available for international duty with Belgium at this summer’s Euro 2020, although national team coach Roberto Martínez, who was at the Bernabéu to watch Sunday’s Clásico is confident about the player’s chance of being at the tournament following the decision to go under the knife.

Hazard arrived at Real from Chelsea in the summer for a fee that could rise to £150million but has scored just once in 15 appearances.

It was just his second appearance after returning from an almost three-month long injury layoff with a microfracture in his right ankle sustained against Paris Saint-Germain in November.

Zidane has already admitted that he is uncertain whether the winger, who moved to Spain from Chelsea in a deal worth an initial £88.5million, will play again this season.

“I don’t know if he will need an operation, it’s not my area. I can see he’s not happy. “It’s important he stays positive but of course it’s difficult. It’s a bad moment, it won’t be easy and he will feel like this for a while.”

Hazard has endured a difficult first year at the Bernabeu, scoring only once in 15 appearances for Los Blancos.