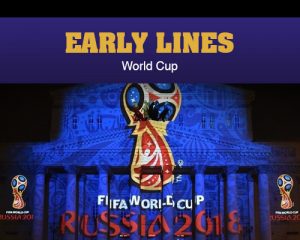 The World Cup in Russia may still seem in the distance but the qualification process is firmly underway, with a number of sides having already put themselves in advantageous or difficult positions. The World Cup Qualifiers are back with round 5 action with big matches on Friday night.
A number of Europe’s top sides could potentially miss out on a place in Russia, with the play-off stage almost certain to include a shoot out between a pair of big hitters. In South America, one of world football’s most illustrious names could fail to qualify, while the United States could not have started in worse fashion.
We could be looking at a World Cup without Italy in a year’s time. They are second behind Spain but both teams have shock contenders Israel hot on their tails in Group G. The only game either Italy or Spain has not won was the fixture against each other.
We could also be potentially looking at a World Cup without Cristiano Ronaldo. Euro 2016 winners Portugal are three points behind first-placed Switzerland in Group B.
On the other side of the world, America is about to provide the first confirmed qualified team for the World cup in Russia, Brazil if they pick up two wins against Uruguay and Ecuador over this international break. They would be reliant upon Argentina, who have struggled, and Colombia losing both of their games. Argentina are in fifth, which would put them in the inter-confederation play-off, but are only a point behind Chile in fourth and a point ahead of Colombia in sixth. Lionel Messi could realistically miss out on a World Cup berth.
Uruguay and Ecuador, in second and third, are in strong positions, as are Copa America holders Chile. The top four all qualify.
It’s been nearly three years since Germany hoisted the 2014 World Cup in Brazil and with qualification starting to ramp up for next year’s tournament in Russia, oddsmakers are beginning to pump out lines and the defending champions are the favorites at most books.
Get all the latest Sports Betting updates on your social media outlets. Find us on Facebook!
Some of those lines show the German and Brazilian teams tabbed as co-faves at +700 with main stays like France coming back at +900. The fading Spaniards and up-an-coming Belgians are both pegged at +1400 while England and Colombia round out the odds for the heavyweights at +2500.
There are far too many nations still in the qualification hunt to do a full breakdown of every team that has a chance but here are some of the most popular lines, now based on the current status of the qualifiers it’s up to you to make the best picks, find early lines for the world cup at BetRegal.net.
Some interesting teams that land a little farther down the list are Uruguay at +3300, the Netherlands at +3300, the Czech Republic at +15000 and the Welsh team at the same +15000 price.