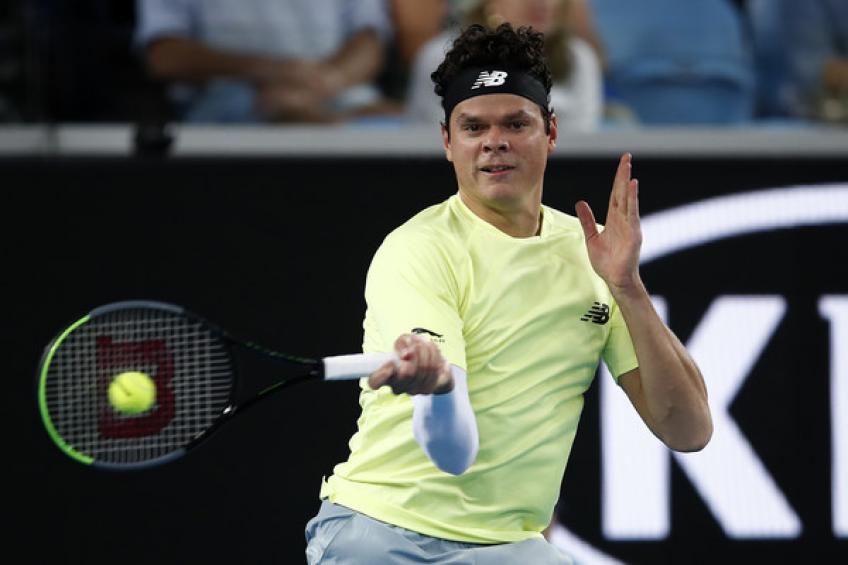 Novak Djokovic made it 10 victories from 10 matches versus Milos Raonic on Tuesday night, defeating the Canadian 6-4, 6-3, 7-6(1) to book a semi-final clash against Roger Federer at the Australian Open.

With Rod Laver watching from the stands, the second seed won 10 of 11 net points and saved both break points he faced to reach his eighth semi-final at Melbourne Park after two hours and 49 minutes.

Djokovic holds a combined 14-0 record in semi-final and final matches at the year’s opening Grand Slam.

“It’s an honour to have Rod Laver here tonight,” said Djokovic. “It certainly adds pressure, watching every move. I’ve been fortunate to play at a high level for many years and this is no doubt my favourite court.”

Djokovic, who improves to 73-8 in Melbourne, is chasing a record-extending eighth Australian Open crown.

If the World No. 2 lifts the trophy on Sunday, he would become only the third man to win a Grand Slam event on eight or more occasions alongside 12-time Roland Garros titlist Rafael Nadal and eight-time Wimbledon winner Federer.

An eighth Australian Open title would represent a 17th Grand Slam victory for Djokovic. The five-time year-end No. 1 is presently third on the all-time Grand Slam titles leader board, three trophies behind Nadal (19) and four behind record-holder Federer (20).

With a place in the final on the line, Djokovic will contest his 50th ATP Head2Head meeting against Federer. The Swiss saved seven match points to outlast Tennys Sandgren in a thrilling five-set quarter-final. Djokovic leads Federer 26-23, which includes a 3-1 record in Melbourne. Each of the Serbian’s three victories against his rival at this event have come in semi-final encounters.

“I have tremendous respect for Roger and everything he has achieved in the sport,” said Djokovic. “The match ups against Roger and Rafa are the reason I am the player that I am today. I am grateful I’ve had so many matches against those guys. It’s amazing what Roger did on the court today and he’s done it a number of times in his career. Let the better player win!”