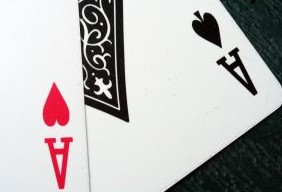 (pokernews.com)- The 29th edition of the Full Tilt Online Poker Series (FTOPS) concluded on Sunday with Denmark’sChristian “CMoosepower” Elgstrøm winning the FTOPS Main Event for $63,472.
Players turned out in huge numbers in what could be the last FTOPS due to Full Tilt and PokerStars merging liquidity this Spring. In total, the series guaranteed $1 million in prizes over the course of 46 events, with the Main Event guaranteeing $250,000.
Learn everything that you need to know about how to play poker, and become a professional in Blackjack and Texas Hold’em
The posted guarantee in the Main Event was smashed due to 815 players ponying up the $500 buy-in or winning their way into the tournament with the plethora of online satellites hosted on Full Tilt running up to the start of the tournament to create a massive $384,680 prize pool. Due to the deep structure in the event, it took almost 13 hours for Elgstrøm to be declared the winner of the event after beating Spain’s Jonathan “dante-sp” Concepción in heads-up play. Concepción collected $45,777 for his efforts.
Elgstrøm is no stranger to the spotlight, as back in 2014 he won the PokerStars Turbo Championship Online Poker Player of the Series after cashing in 16 of the 50 events on the schedule. The Main Event was not the Dane’s biggest online win, either, as he finished in first place in the PokerStars $1,050 Super Tuesday, $300K Gtd for $74,868 in December 2013 after agreeing to a five-way deal.
Finishing just behind Elgstrøm and Concepción was Israel’s “MountainRoses” in third place for $32,698.
Other notable players to appear on the Main Event final table to fall short of the top prize included Finland’s Juha “haemaelainen” Lauttamus (4th – $22,350), Canada’s Noah “canadiense” Vaillancourt (5th – $17,311), and American poker refugee Jamie “pokerjamers” Armstrong (7th – $10,194).
Don’t miss our special articles about Texas Hold’em and blackjack, become the best player that you can be! Get all the latest PokerNews updates on your social media outlets. Follow us on Twitter and find us on both Facebook and Google+!