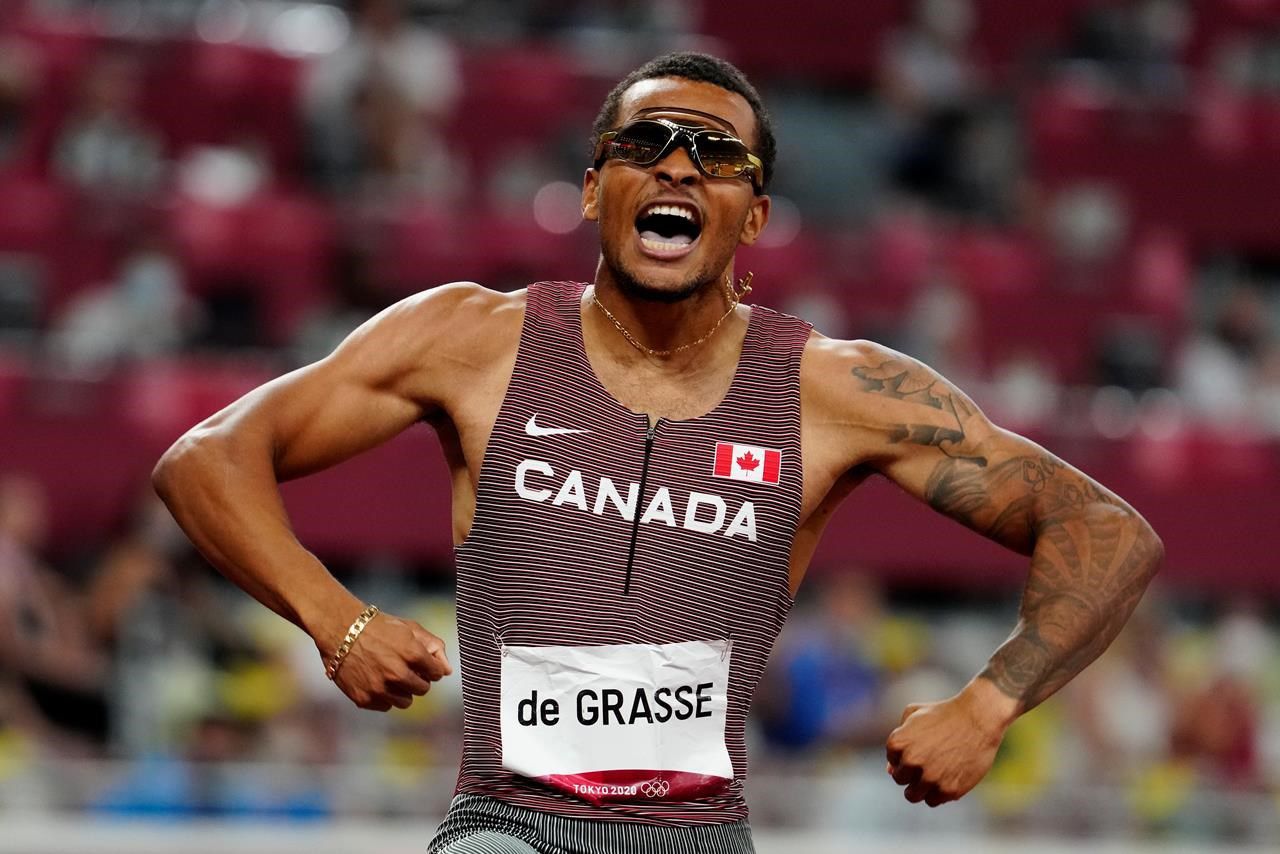 Canada’s Olympic champion Andre De Grasse capped his “greatest season ever” with a pair of second-place finishes at the Diamond League Final on Thursday.

Running a rare double on the same night, and only 74 minutes apart, the 26-year-old from Markham, Ont., tied his personal best of 9.89 seconds, a mark he set in collecting bronze at the Tokyo Olympics, to finish second in the 100. American Fred Kerley, the silver medalist in Tokyo, won in 9.87, while American Ronnie Baker took third in 9.91.

De Grasse was back on the Letzigrund Stadium track barely an hour later — uncommon in international track — to take second in the 200. Well back of the leaders coming off the corner, he closed hard down the home stretch to run 19.72 seconds, his second fastest time of the season.

“Of course, it is the end of the season, so I am a little bit tired but I am happy for my performances today,” De Grasse said. “I equaled my PB in the 100 so I cannot complain, and at the 200, I just had no gas. I did not watch the time, I just tried to get out there, and I am happy I got the podium performance.”

Three Canadians had fourth-place finishes: Aaron Brown in the 200, Marco Arop in the 800 and Django Lovett in high jump.

De Grasse was a triple medalist in Tokyo, winning gold in the 200 and bronze in the 100 and 4×100 relay to become Canada’s most decorated male Olympian in history.

“This was my greatest season ever,” De Grasse said. “To be an Olympic champion, that is amazing. I want to continue and build on this — I am not going to say next Olympics, but the next world championships.”

De Grasse — who won the 100 at the Prefontaine Classic last month in a speedy 9.69, which would have been a Canadian record had it not been wind-aided — will be a favorite for the top of the podium at the next summer’s world championships in Eugene, Ore.

After racing in an empty Olympic Stadium in Tokyo — the COVID-19 pandemic in Japan meant no fans were permitted — De Grasse enjoyed the appreciative packed crowd on Thursday.

“Finally we could run in front of the full crowd, it was a good atmosphere out there,” he said.

De Grasse was one of 17 Olympic champions competing in Zurich. There was US$60,000 in prize money on each event. Winners earned $30,000 US, a huge crystal trophy carved like a diamond, and an automatic berth in next summer’s world championships in Eugene, Ore.