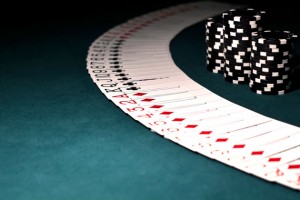 Check Regal Poker for Latest Poker News, poker strategy tips and more.
(pokernews.com) – The 2015/2016 World Series of Poker Circuit Horseshoe Tunica Main Event attracted 646 entries – up from 457 the year before — which created a $969,000 prize pool. Of that, $198,657 was awarded to 54-year-old David Kruger of Slater, Missouri, who also captured his first circuit ring and a seat into the WSOP Global Casino Championship.
Kruger, who runs a waste management company, plays poker recreationally and has 11 in the money finishes on the WSOP Circuit, seven of which were final table appearances. Highlights on his poker résumé, which now includes $553,497 in lifetime earnings, are a win in the 2009 Spring Poker Classic Championship for $100,287, 33rd in the EPT4 Grand Final for $60,129, and fourth in the2008 Aussie Millions Bounty Event for $36,427.
Learn everything that you need to know about how to play poker, and become a professional in Blackjackand Texas Hold’em
Final Table Results

Notable Finishes: Jessie Bryant (14th – $12,161), Hank Sitton (16th – $10,019), Sean Small (17th – $10,019), Eric Crain (31st – $4,535), Kyle Cartwright (35th – $4,012), and Chris Conrad (43rd – $3,585)
According to updates from the event, Kruger began the third and final day with the chip lead, but the final table saw his stack fluctuate. Still, he managed to make it to heads-up play against WSOP Circuit Horseshoe Southern Indianan Main Event winner Russ Head, albeit it at a chip disadvantage.
Don’t miss our special articles about Texas Hold’em and blackjack, become the best player that you can be! Get all the latest PokerNews updates on your social media outlets. Follow us on Twitter and find us on both Facebook and Google+!