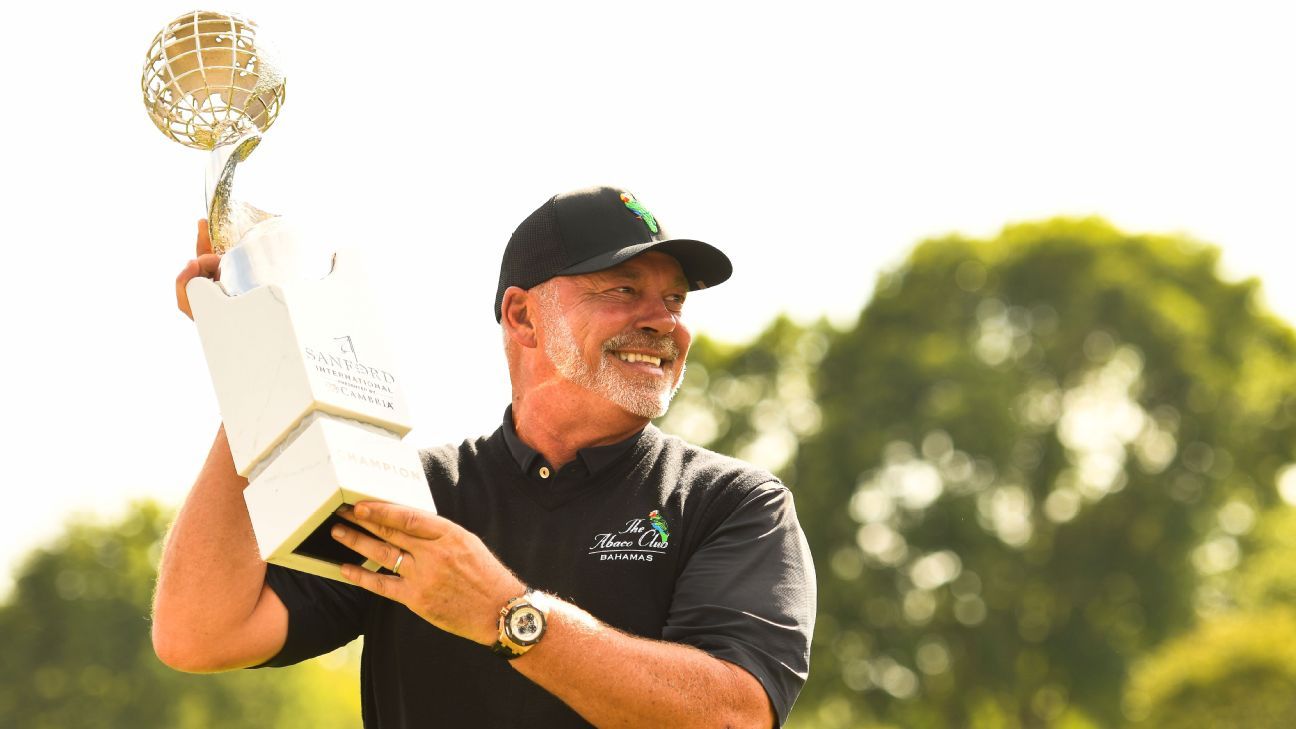 Darren Clarke won the Stanford International on Sunday for his third PGA Tour Champions triumph of the season, defeating K.J. Choi with a birdie on the second hole of a playoff.

Clarke, the 53-year-old major champion from Northern Ireland, closed with a 5-under 65 at Minnehaha Country Club, birdieing the par-4 18th to match Choi and Steve Flesch at 12-under 198.

“It’s nice to get back in the winner’s circle again,” Clarke said. “In the playoff you never know what’s going to happen, anybody can make birdie and luckily it was my day today.”

“I’ve really enjoyed my time here in Sioux Falls,” Clarke said. “The fans have been brilliant. I’ve had maybe a little beverage with one or two of them in the past, so it’s been nice to have that atmosphere and that support. It’s always wonderful.”

“Playoff, in the second hole, hit the tree at the left,” Choi said. “Is disappointing, but good finish. … Everything is very great this week.”

Flesch, eliminated with a bogey on the first extra trip down 18, also bogeyed the hole in regulation for a 66.

“I played well, I’ve been playing well,” Flesch said. “I just wish I could have played that 72nd hole over. I picked an aggressive line and made kind of a tentative swing with the 3-wood and it got me. You know, that 18th hole, it’s playing tough. Straight downwind, it’s hard to get the ball on the right level.”

Miguel Angel Jimenez, the 2020 winner, was two strokes back along with Rod Pampling (69). U.S. Ryder Cup captain Steve Stricker (67) was 9 under. Stricker will lead the United States versus Europe next week at Whistling Straits in Wisconsin.