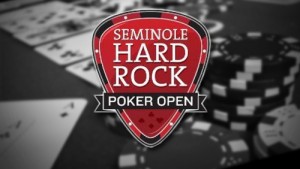 Check Regal Poker for Latest Poker News, tips and more .
A quite unusual week of poker ended with a quite unusual champion: A 23-year-old who doesn’t do interviews, has won $21 million this year .
The poker world was introduced to Dan Colman in April when he won the European Poker Tour Grand Final €100,000 Super High Roller for €1,539,300. Since then, Colman has strung together one of the most dominant runs in poker history.
Regal Poker is the best online poker game website, visit us and check out our promotions.
The $5,300 buy-in main event took place in Hollywood, Florida, and despite attracting a field of 1,499 players, the Seminole Hard Rock had to fork out an extra $2.5 million to make up for the shortfall in the $10 million guaranteed prize pool.
By the time the final table of six had been reached, Mike Leah was the table leader on a 15.45m stack, followed by Dan Colman (10.23m), Joe Kuether (7.09m), Martin Hanowski (5.21m), Shawn Cunix (4.87m), and John Dolan (2.04m).
After doubling up, John Dolan (J-J) then eliminated Martin Hanowski (K-Q) in 6th for $324,269. Next, Joe Kuether (J-9) exited in 5th ($424,044), after shoving on a J-5-3 flop only to be called by Dan Colman with pocket aces. Colman (6-5) followed up by getting John Dolan (J-8) to commit his remaining stack on a 9-8-4-2-3 board, after which he, too,  headed to the rail in 4th for a $548,763 payday.
Continuing his demolition of the final table, Colman eliminated Shawn Cunix in 3rd ($748,313) to set up the final battle against Mike Leah for the title.
As heads-up commenced, Colman held a 25.45 million to 19.55 million chip lead over his last opponent, and soon managed to increase his advantage to 3.5-to-1 by the time the defining hand was played with both players all in preflop with Colman’s A-K up against the Q-J  of Leah. The dealer subsequently put out a 4-3-2-10-K board to consign the Canadian pro to a runner-up finish worth $1,047,638, while Dan Colman was crowned the champion.
Colman declined all interview requests, as he did after winning One Drop. (After that one, he eventually issued a statement that has so much nuance I’m better off just linking to it.) Also, in an earlier interview, he voices that he doesn’t think poker is profitable long-term, and also has remarked that he “doesn’t owe the game of poker anything.”
True to form, Daniel Colman maintained his poker face even after winning and truly seems to be earning the nickname “no smiles“.
Here is a look at the payouts and POY points awarded at this final table: