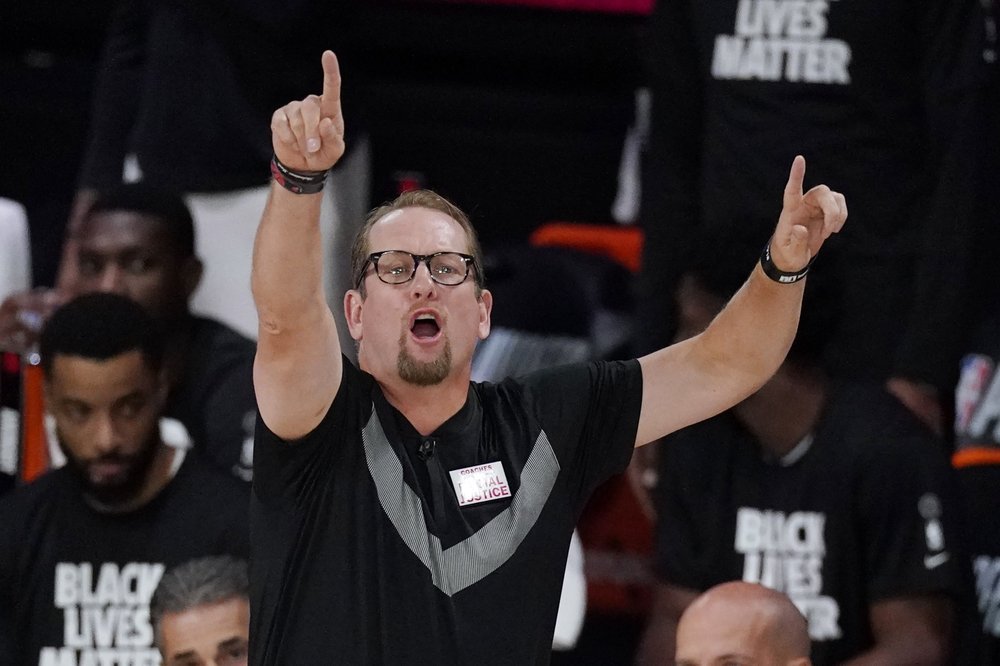 Toronto Raptors head coach Nick Nurse ventured into his office Monday morning at Scotiabank Arena for the first time since Feb. 28 of 2020, and found it was almost exactly how he’d left it.

A layer of dust had settled on the blue suit hanging in his locker.

The Raptors are finally home, kicking off NBA training camp with the traditional media day live and in the flesh — and blessedly absent of Zoom calls — at Scotiabank Arena on Monday. They’re nomads no longer.

The Raptors had been based south of the border over the past 19 months due to COVID-19 restrictions, making Tampa, Fla., their home last campaign.

While in previous years they’ve held camp in other Canadian cities such as Vancouver, Victoria and Halifax, general manager Bobby Webster stated they were keen to stay home this season.

Only four players — Fred VanVleet, Pascal Siakam, OG Anunoby and Chris Boucher — were on the roster the last time the Raptors played at Scotiabank, a couple of weeks before the COVID-19 pandemic shuttered the global sports world.

Some 19 months later, COVID-19 issues continue to plague the NBA, with several players making headlines for their anti-vaccination beliefs, counting Brooklyn’s Kyrie Irving and Canadian and Golden State forward Andrew Wiggins. Toronto’s players and staff, said Webster, are just “one second dose away” from being fully vaccinated and will be at 100 per cent by opening night on Oct. 20.