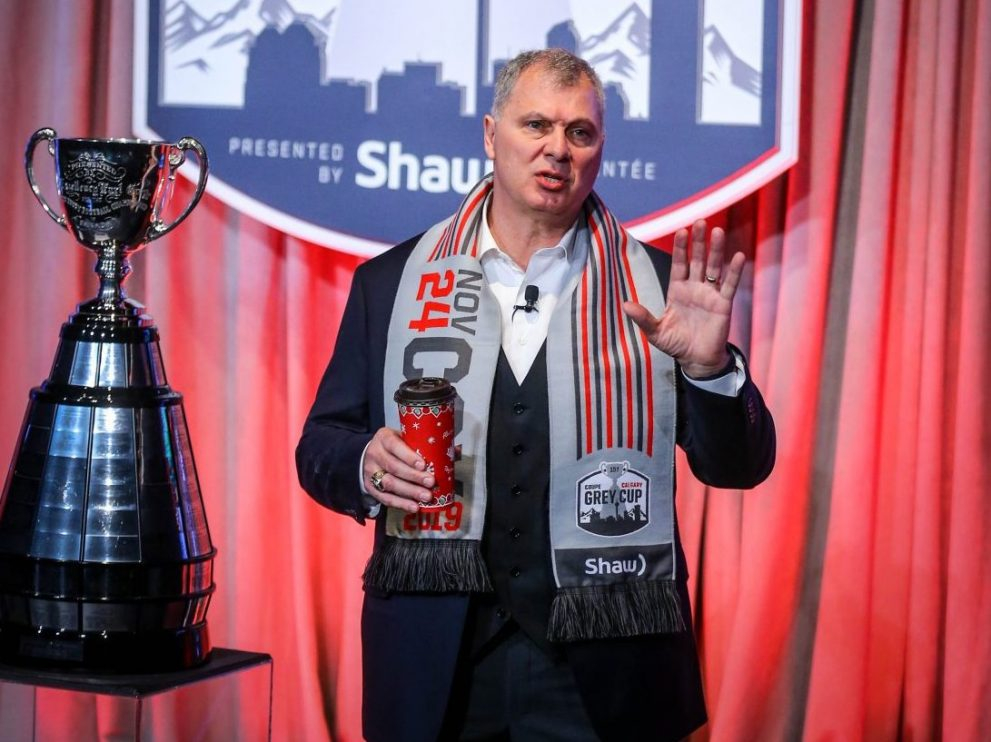 The CFL is the last league to postpone the game due to the COVID-19 pandemic.

The league, which was programmed to start the regular season on June 11, announced Tuesday that the season would not start until early July.

“Like our fellow Canadians, we in the CFL are striving to meet today’s challenges with pragmatism and hope,” said Commissioner Randy Ambrosie in a statement. “We are pragmatic enough to see that our country still has sacrifices and hard work ahead of it. “

The announcement follows recent comments from Mayor Naheed Nenshi that Calgary’s ban on public events until June 30 includes both the CFL and the NHL if these leagues are to resume before that date.

This ban did not extend to sporting events, although provincial gathering bans would take this into account.

“We respect the decisions made by the federal government, the provinces and the municipalities in the name of our security and we will continue to follow their directives,” said Mr. Ambrosie. “This includes indications from Canadian cities that they will not allow sporting events to take place before the end of June.

The CFL has already postponed the beginning of training camps due to the global pandemic. The announcement was made on March 30.

Full training camps were programmed to open on May 17, with recruit arrivals scheduled for May 11 with a camp start date on May 13.

Little has stopped the CFL in the past, although football was suspended from 1916 to 1918 due to the First World War and there was no Gray Cup match in 1919 due to ‘a dispute over East-West rules.

Utd can ‘exploit’ market after shutdown