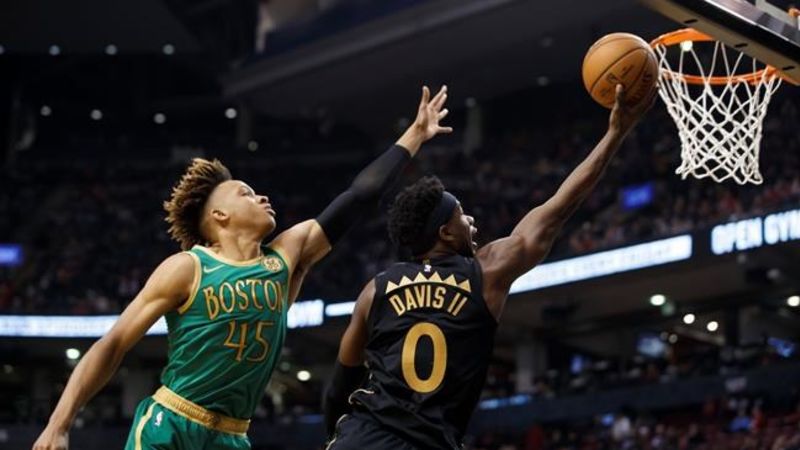 Jaylen Brown scored 30 points to lead the Boston Celtics to a 118-102 win over Toronto on Wednesday, spoiling the Raptors’ first Christmas Day match at home.

Kemba Walker added 22 points for the Celtics (21-7) in their fourth consecutive win, while Enes Kanter had 12 points and a game-high 11 rebounds in his first game outside the United States in more than a year. The Raptors’ beat was their first in 35 home appearances versus Atlantic Division opponents. It was also Boston’s first victory in nine trips north of the border.

The game was an eyesore for the Raptors, who botched easy layups, and turned the ball over 17 times for 20 points.

The short-handed Raptors played their third game in four days versus a rested Celtics squad, and after sprinting out to a 10-0 lead, played the gracious holiday host virtually the rest of the way.

The Raptors are 2-2 since losing Gasol, Powell and Siakam, and while there was no update of the threesome’s status on Wednesday, their absence is clearly posing a problem for Toronto.

“Scoring is not very easy for us right now,” Nurse said. “It’s tough.” “Obviously it’s not good,” Boucher said. “You get down and have to find a way to get back. We have to find a way to get started and be able to get a lead or something like that. It’s hard to come back from 15 or 20 down. I know we did it once, but that’s not something we want to have to do every game.”

Kanter hadn’t played a game in Toronto in over a year after Turkey, his home country, issued an international warrant for his arrest. He received the green light for Christmas with help from the Canadian government, and arrived at the game wearing a black T-shirt with the words “Freedom for All.”

Barcelona to return for Neymar in summer