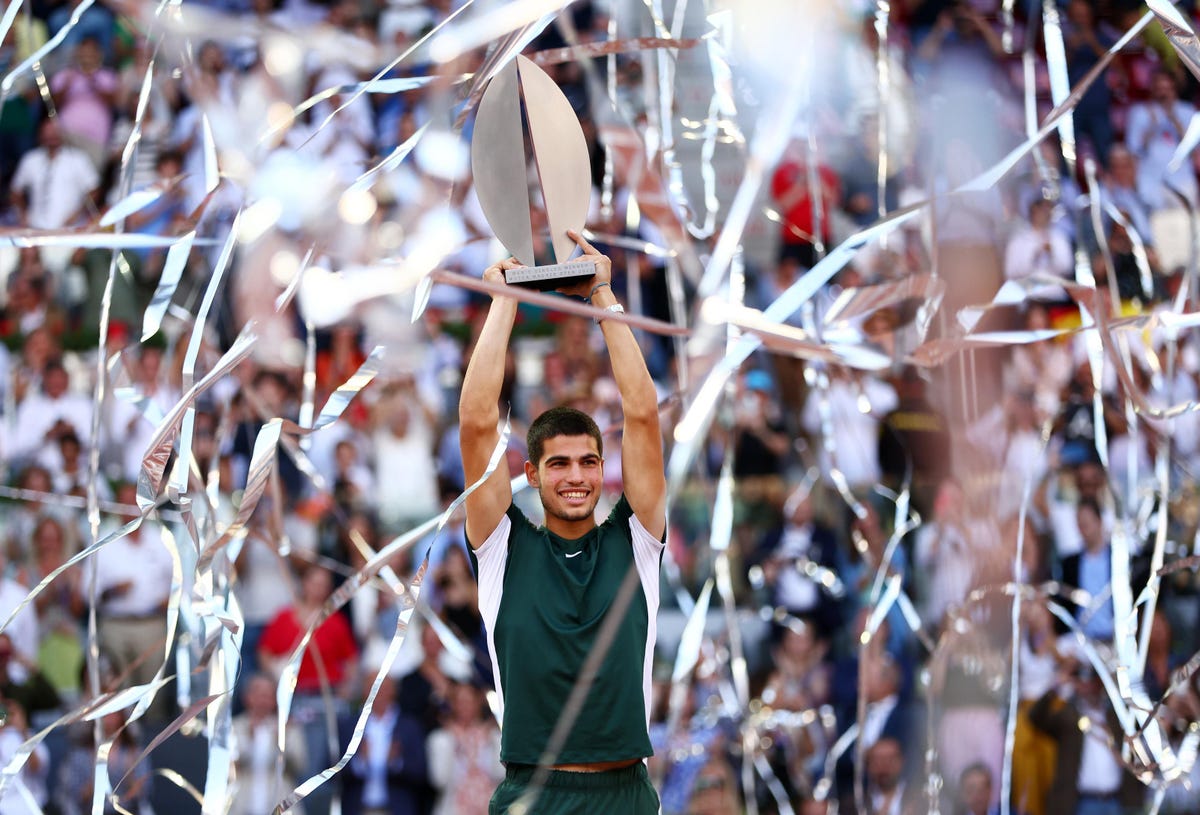 Teenager Carlos Alcaraz is the youngest year-end No. 1 in the history of the ATP computerized rankings and joins fellow Spaniard Rafael Nadal as the first players from the same country to claim the top two spots at the close of a season since Americans Pete Sampras and Michael Chang in 1996.

The final men’s tennis rankings for 2022 were published Monday, and Alcaraz’s rise from No. 32 at the end of 2021 is the largest single-season jump to No. 1.

Iga Swiatek concluded the year with a substantial lead in the final WTA rankings, which were released last month. The 21-year-old from Poland moved up from No. 2 in April to lead the list for the first time after Ash Barty suddenly retired. Swiatek never relinquished her hold, helped by earning major championships at the French Open and US Open. Ons Jabeur — the runner-up at Wimbledon and the US Open — closed the season at a career-best No. 2.

Alcaraz, who turned 19 in May, has remained atop the rankings since he acquired his first Grand Slam title at the US Open in September by beating Casper Ruud in the final.

That made Alcaraz the first male teen at No. 1 since the ATP computerized rankings started in 1973.

He is the first man in 20 years other than Nadal, Roger Federer, Novak Djokovic or Andy Murray — since Andy Roddick in 2003 — to finish at No. 1.

Alcaraz ended his season early after tearing an abdominal muscle while competing at the Paris Masters a month ago.

The 36-year-old Nadal, meanwhile, is the oldest man to finish a year ranked first or second. He also extended his own record by placing in the top 10 at the end of a year for the 18th consecutive season. The recently retired Federer is the only other man with that many top-10 finishes over the course of a career.

Nadal won the Australian Open and French Open to raise his men’s-record Grand Slam total to 22 trophies, one ahead of Djokovic and two ahead of Federer.

Djokovic couldn’t play at the Australian Open or US Open because he is not vaccinated against COVID-19 and didn’t earn any rankings boost for his title at Wimbledon because the WTA and ATP stripped that tournament of any points over the All England Club’s ban on players from Russia and Belarus.

Fritz is the first American man to close a year in the top 10 since John Isner in 2018. The nine U.S. men in the top 50 were the most for any country.

Following Swiatek and Jabeur, the rest of the women’s year-end top 10 are No. 3 Jessica Pegula, No. 4 Caroline Garcia, No. 5 Aryna Sabalenka, No. 6 Maria Sakkari, No. 7 Coco Gauff, No. 8 Daria Kasatkina, No. 9 Veronika Kudermetova and No. 10 Simona Halep, who was provisionally suspended in October after failing a doping test.