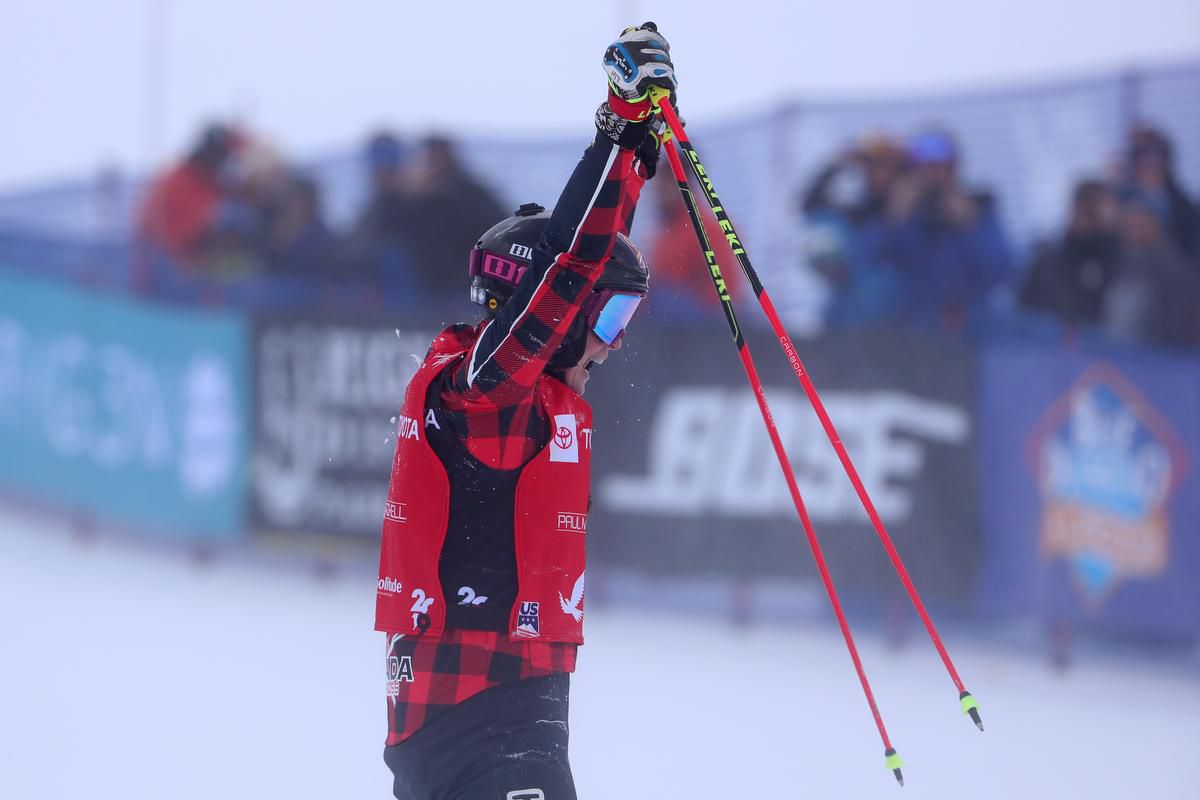 Howden, of Cultus Lake, B.C., concluded behind winner Jonathan Midol of France and ahead of bronze medalist Florian Wilmsmann of Germany in the final.

“Hopefully, I can keep getting into the top-eight,” Howden said. “I plan on being here a lot more and just excited to get more opportunities to get on the box. “I had another Canadian in all my heats, except the big final. Getting to race with Kris (Mahler) and Chris (Del Bosco) was fun, working together on some great passes.”

Howden still managed to gain World Cup gold at Alberta’s Nakiska Ski Resort in January, so Sunday’s medal was the second of his young career.

High winds Saturday postponed races to Monday, so the Canadians quickly get another opportunity to race for the podium.

She placed third, behind victor Fanny Smith of Switzerland and runner-up Jade Grillet Aubert of France.

“I skied pretty well all day, I made a lot of passes,” the 2014 Olympic women’s champion said.

“I’d like to get out in front tomorrow, so hoping to make a few improvements. But, really happy with being on the podium and being back on a full-length course like Val Thorens.”

Reigning World Cup men’s champion Kevin Drury of Toronto injured his leg in a spill early in the day and won’t race Monday.