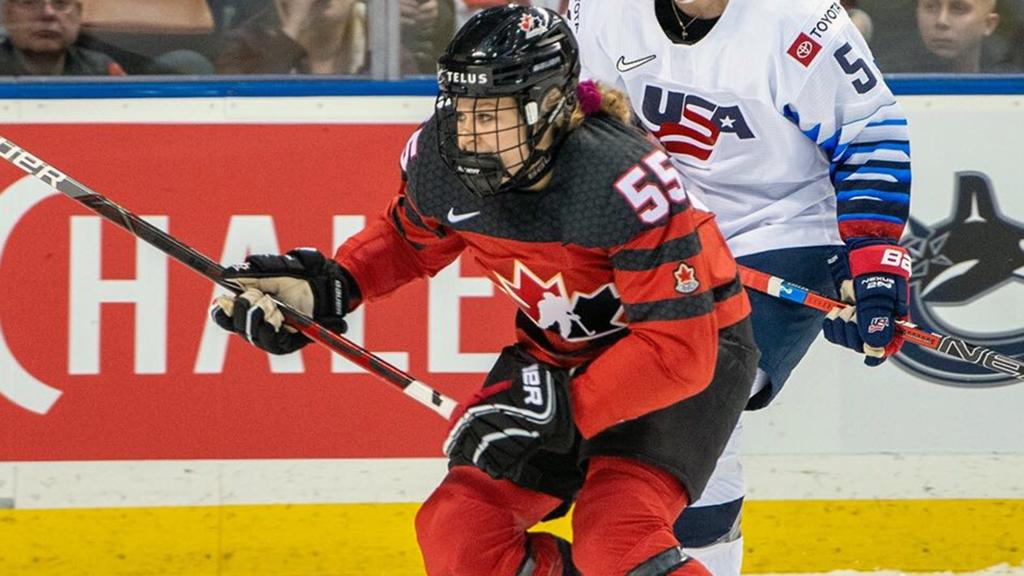 Canada’s women’s hockey team will play a pair of games versus male Junior A teams in B.C. next month.

The national women’s team, currently centralized in Calgary to prepare for the 2022 Beijing Olympics, will travel to face the Trail Smoke Eaters on Oct. 4 and the Cranbrook Bucks on Oct. 5.

Canada is coming off winning a women’s world championship Aug. 31 in Calgary, where the host country edged the United States in overtime for gold.

Twenty-six skaters are trying out for 20 spots on the Olympic roster.

Three goaltenders have already been named to the Beijing-bound side: Ann-Renee Desbiens, Emerance Maschmeyer and Kristen Campbell.

The women are accustomed to a regular slate of games versus male midget triple-A clubs as part of their Olympic prep, but matches against Junior A teams are more rare.

Goaltender Shannon Szabados made 52 saves in Canada’s 3-2 victory over the AJHL’s Calgary Canucks on Dec. 5, 2009.

Canada split a pair of Maritime Junior Hockey League games in September of 2019, when the women lost 4-2 to the Valley Wildcats and downed the Pictou County Crushers 4-1.

“We are grateful to both Trail and Cranbrook for their willingness to be part of our training as we start our season,” Hockey Canada director of operations Gina Kingsbury said Monday in a statement.

“The level of competition we expect to face is crucial in our journey and we look forward to showcasing our athletes to hockey fans in both communities.”

Fans can buy tickets and attend both games subject to meeting all provincial COVID-19 requirements.